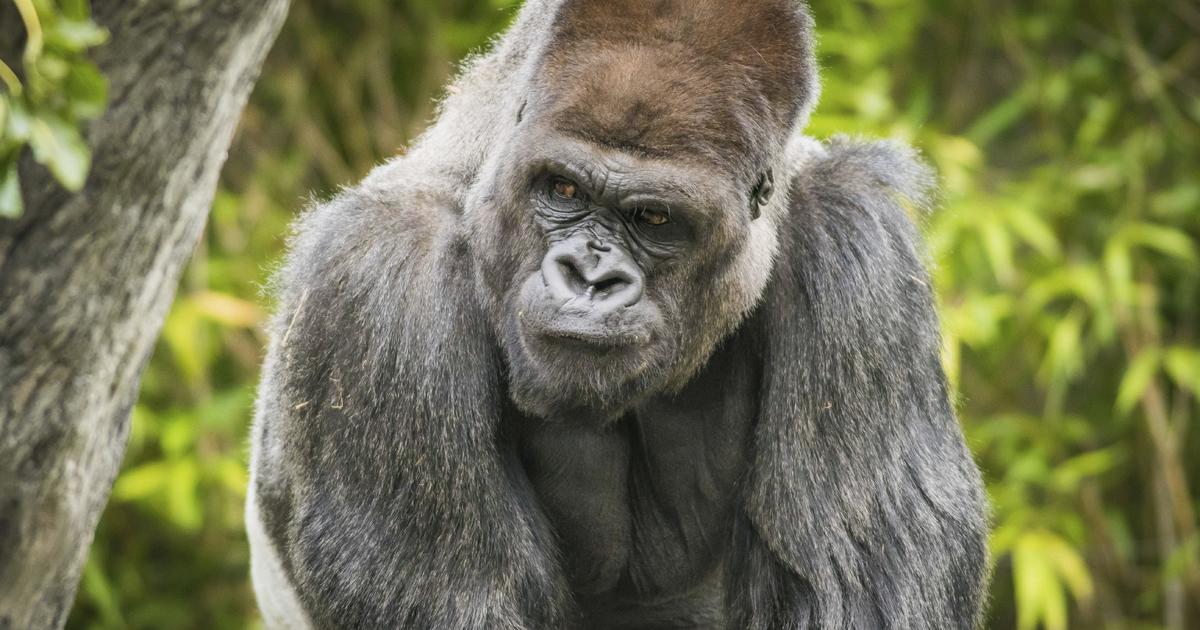 At 60-years-old, Colo is America’s oldest gorilla on record — and Columbus Zoo and Aquarium’s longest-tenured resident.
Bebac, pronounced BEE’-bak, and 29-year-old Mokolo, pronounced mo-KO’-lo, came to the Cleveland zoo in 1994 from Chicago’s Lincoln Park Zoo, where they both were born.
The zoo’s medical staff struggled to find a treatment to make Bebac well after his health began deteriorating a month ago, Kuhar said. Gorillas living in captivity have an average life expectancy of about 30 years.
“It’s been hard on the staff,” Kuhar said. “It’s like losing a family member.”
Bebac and Mokolo were diagnosed with heart conditions in 2008, a chronic problem for zoo gorillas, and put on medications used to treat high blood pressure in humans. The zoo reported in 2011 that the pair’s health had improved after being placed on high-fiber diets and made to forage for food, which is scattered inside their enclosure.
As zoo staffers mourn, Mokolo appears to be affected as well, Kuhar said.
“What we’re seeing is Mokolo calling to figure out where Bebac went,” Kuhar said. “We can tell he’s agitated. I think there’s an emotional response there.”
It’s too soon to determine when or from where a companion for Mokolo might be found, he said.
The Columbus Zoo and Aquarium’s female gorilla named Colo turned 60 on Dec. 22. She is the oldest living gorilla in the U. S.