EARLY SUCCESS: Toyota Gazoo Racing SA has won the opening stage of the 2017 Dakar Rally. Image: QuickPic
Resistencia, Argentina – It was a picture perfect start for Toyota Gazoo Racing SA, as Nasser Al-Attiyah and navigator Mathieu Baumel (#301) triumphed in the opening stage of the race, a 26th stage victory for Al-Attiyah on the Dakar Rally.
Giniel de Villiers and navigator Dirk von Zitzewitz (#302) posted the fifth-fastest time of the day, while Nani Roma and navigator Haro Bravo Alex (#305) went third-fastest in their Team Overdrive Toyota Hilux.
Small fire, big scare
The elation at the Toyota crews’ spectacular performance, however, was somewhat dampened by the news that Al-Attiyah/Baumel suffered a small engine fire at the end of the 39km stage. The crew quickly doused the flames, and determined that the fire was caused by an oil leak in the engine bay.
READ: Dakar 2017 – All systems go for Toyota Gazoo Racing
As a precaution they decided not to start the engine, and elected to return to bivouac at Resistencia in Argentina under tow. The problem was not serious, and they will continue as leaders of Dakar 2017 on January 3.
Al-Attiyah said after reaching the bivouac at Resistencia: “Of course the fire gave us a big scare, but in the end all that matters is that we won the stage. We are so happy to give Toyota the first victory of 2017, and hope there’ll be more stage wins this year.”.
Nasser Al-Attiyah won Stage 1 of the Dakar Rally. Watch him speed off at the start in Asunción, Paraguay????. ??: @sean_parkersa #ToyotaGazooSA #Motorsport #Dakar2017
A video posted by Wheels24 (@wheels24_sa) on Jan 2, 2017 at 9:35am PST
De Villiers ideally placed
For De Villiers/Von Zitzewitz the opening stage was an opportunity to jostle for the all-important road position on the coming stages.
De Villiers, after completing the long liaison from the end of Stage 1 to the first bivouac, said: “I’m very happy with our performance today. The Toyota Hilux ran perfectly, and even though it was a short stage, it was great to get going. Our fifth place puts us in an ideal position on the road for tomorrow’s stage.
READ: Dakar 2017 – Your ultimate rally guide
Stage 2 sees the Dakar travel from Resistencia to San Miguel de Tucumán, a total distance of 803km. A full 275km of that total is devoted to the racing stage, which takes place at an altitude peaking around 250m. The stage gets under way at 12:05pm local time, with the first cars expected in the bivouac at 4:20pm.
Toyota Gazoo Racing SA Team Principal, Glyn Hall, explained: “Tomorrow is the first proper stage of Dakar 2017. It is long and winding, with plenty of dust. So road position will be crucial. Thankfully we managed to get Nasser’s car sorted, and Giniel is in the ideal position on the road. Overall, we’re in pretty good shape at the moment.”
Nasser Al-Attiyah (right) in the Toyota Gazoo Racing South Africa Hilux won Stage 1 of the Dakar Rally. The Qatari’s car caught fire and he was towed back after the link Stage. #ToyotaGazooSA #Dakar2017 #Motorsport
A photo posted by Wheels24 (@wheels24_sa) on Jan 2, 2017 at 6:13pm PST 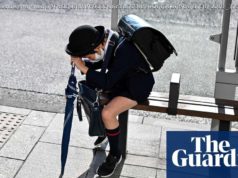 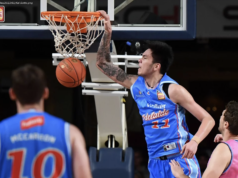 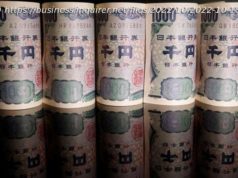