Sign up for our Newsletters.
Login to download
Dakota Fanning is heading to the small screen.
Turner used its semi-annual platform before the Television Critics Association to make the announcement, which sets Fanning as the lead of TNT’s forthcoming drama The Alienist , based on the international bestseller from Caleb Carr. The actress will star a headstrong secretary at Police Headquarters by the name of Sara Howard. Together with characters being played by previously cast Daniel Brühl ( Inglorious Bastards ) and Luke Evans ( The Girl on The Train ), she’ll investigate a series of brutal murders in New York during the Gilded Age. Production is set to begin in Budapest shortly, with plans for the series to premiere later this year.
Described as a psychological thriller, The Alienist is set in gritty 1896 New York City, a mix of vast wealth, extreme poverty and technological innovation at that time. When a cadre of gruesome murders of boy prostitutes grips the city, newly appointed police commissioner Theodore Roosevelt calls upon criminal psychologist (aka alienist) Dr. Laszlo Kreizler (Brühl) and newspaper reporter John Moore (Evans) to conduct the investigation in secret. They’re aided by a makeshift crew of characters, among them the intrepid Howard, a young secretary on Roosevelt’s staff who’s determined to become the first female police detective in New York City. Using the emerging disciplines of psychology and early forensic investigation techniques, this band of social outsiders tracks down one of New York City’s first serial killers.
Jakob Verbruggen ( Black Mirror ) is set to direct and executive produce the project, a co-production between Paramount TV and Turner’s Studio T. True Detective’s Cary Fukunaga along with Academy Award winner Eric Roth ( Forrest Gump ), Hossein Amini ( Drive ) and Anonymous Content’s Steve Golin and Rosalie Swedlin are all attached as executive producers. The project was first announced in April 2015, and is part of Kevin Reilly’s ongoing push to make TNT a more premium destination.
To be sure, Alienist marks Fanning’s first significant TV foray since her turn in Steven Spielberg’s 2002 Syfy miniseries Taken. In the decade and a half since, she’s starred in films including the Twilight saga, I Am Sam , War of the Worlds and The Runaways. She can be seen now in the 1960s-set film American Pastoral opposite Ewan McGregor; and in the coming year or two in Please Stand By Me , Brimstone , The Bell Jar and Ocean’s Eight.
She’s repped by CAA, Echo Lake and Hansen Jacobson. 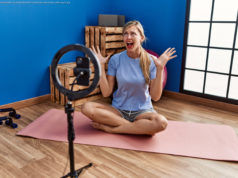 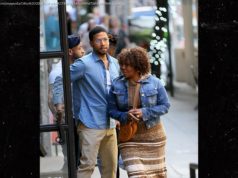 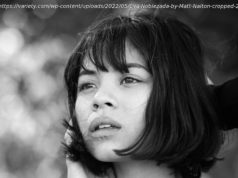