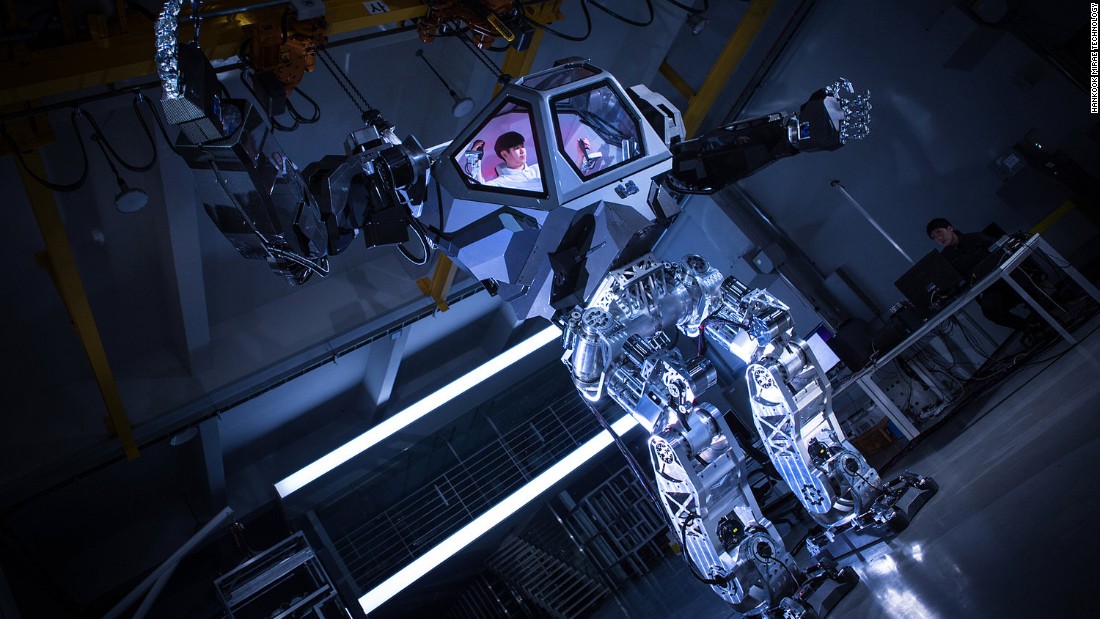 But while this 13ft “robot-powered suit” is the work of Hollywood designer Vitaly Bulgarov, he says Method-2 is very real and being developed in a giant lab in Gunpo, South Korea.
Bulgarov has been involved in a number of blockbusters. His latest movie project, “Ghost in the Shell,” is a sci-fi based on a Japanese manga, starring Scarlett Johansen as a cyborg counter-terrorist field commander.
“It is fair to say that I draw knowledge and inspiration from each project I work on. And with some later movies it’s the other way around,” Bulgarov tells CNN.
Piloted robots have been a staple of Japanese animation (anime) and comics (manga), for decades in Japan and feature household names like “Gundam” and “Evangelion. ”
The phenomenon then spread to popular culture abroad with cartoons like “Voltron” — originally from Japan but a hit in the U. S. — and movies such as 2013’s “Pacific Rim. ”
“With robotic designs for the newer films I worked on, I was trying to bring more realism in terms of how a fictional design functions mechanically; whether it’s believable enough, how it’s structurally built,” he says.
Bulgarov’s other recent projects include designing the Lamborghini Transformer “Lockdown” and the robotic body suit for the latest “Robocop” reboot.
However, unlike these fictional enterprises, Method-2 has some very real aspirations.
Built by South Korean company Hankook Mirae Technology , which translates to Korea Future Technology in English, the company says its goal with the Method-2 prototype is to develop technology that can be put to use in a variety of real-world scenarios.