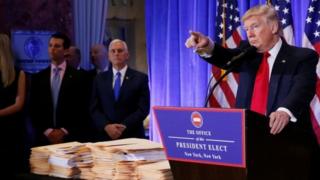 President-elect Donald Trump has turned his fire on beaten rival Hillary Clinton, after an investigation was launched into the action taken by the FBI during the election campaign.
The FBI and justice department face questions over their handling of her use of a private email server.
FBI director James Comey’s decision to reopen an investigation 11 days before the election shook up the race.
Mr Trump tweeted that Mrs Clinton was “guilty as hell”.
The president-elect continues to fire out tweets on a range of subjects just a week before his inauguration.
In the latest batch his anger over alleged compromising material held on him by Russia shows no sign of abating, again calling it “fake news” and “phony allegations” put together by “my political opponents and a failed spy afraid of being sued”.
He then turned to Thursday’s announcement that a US government watchdog was to investigate the actions taken by the FBI and the justice department during the election campaign.
After he won the election, Mr Trump had toned down his rhetoric against his opponent, refusing to follow up on his election mantra that she should be “locked up” for criminal behaviour.
Trump’s theatre of the absurd
10 things we learnt from Trump press event
Full transcript of press conference
On Friday, he tweeted: “What are Hillary Clinton’s people complaining about with respect to the FBI. Based on the information they had she should never have been allowed to run – guilty as hell.
“They were VERY nice to her. She lost because she campaigned in the wrong states – no enthusiasm! ”
On Thursday, the Department of Justice (DoJ) Inspector General Michael Horowitz said he would look into “certain actions” by the FBI and DoJ.
Although Mrs Clinton was cleared of any wrongdoing days before the US voted, her team blamed Mr Comey’s announcement as a key factor in her defeat.
Mr Horowitz said his review would look at a news conference in July 2016 when Mr Comey said he would not recommend charges against Mrs Clinton.
A letter to Congress on 28 October, in which Mr Comey said there were more emails to look at, will also be subject to this new inquiry.
The inspector general said his investigation had come in response to “numerous” requests from the public and from members of Congress.
Mrs Clinton said she had set up a home email server for reasons of convenience, but admitted it was a mistake.
In clearing her in July, the FBI said Mrs Clinton and her staff were “extremely careless” in handling classified materials. But there was no evidence of intentional wrongdoing, it said.
Then in October they briefly reopened the investigation after finding new related emails but nothing was found on them and the case was closed for a second time.
In another of his tweets Mr Trump repeated that: “My people will have a full report on hacking within 90 days! ”
Can US election hack be traced to Russia?
Trump ‘compromising’ claims – how did we get here?
Trump and his nominees compared
Trump and brands – an uneasy relationship
In his press conference on Wednesday, Mr Trump said he wanted a report into hacking of all types, including defence and industry.
He also admitted for the first time “I think it was Russia” when asked about hacking of the election campaign, but said many others had also hacked the US.
US intelligence agencies this month released an unclassified version of a report alleging that the Russian government had a “clear preference” for Mr Trump to win the US election.
The report says Russian President Vladimir Putin “ordered” a campaign aimed at influencing the outcome.
US intelligence agencies are also weighing claims that Moscow is holding compromising information about Mr Trump.
Unsubstantiated allegations suggest his election team colluded with Russia and that there were salacious videos of his private life, including claims of using prostitutes at the Ritz-Carlton hotel in Moscow.
In his series of tweets on Friday , the president-elect called the claims “made-up facts by sleazebag political operatives”. 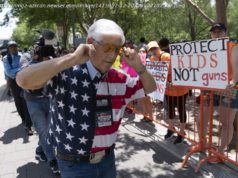 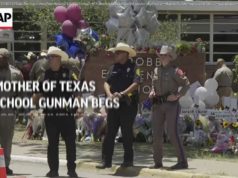 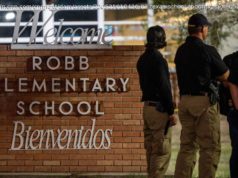