Donald Trump has repeated the claim made during his election campaign that Mexico will foot the bill for a wall along the US-Mexican border.
Congressional Republicans and the president-elect’s transition team are exploring whether they can make good on his promise to build a wall without passing a new bill.
Under the evolving plan, the Trump administration would rely on existing legislation authorising fencing and other technology along the southern border.
Legislators would be asked to ensure enough money is available in US coffers to build the wall, but Congress would not pass a standalone bill authorising it.
Mr Trump said in a tweet early on Friday: “The dishonest media does not report that any money spent on building the Great Wall (for sake of speed), will be paid back by Mexico later! ”
The potential approach was confirmed by two congressional officials and a senior transition official with knowledge of the discussions. They emphasised that no final decisions had been made.
The approach could come as a surprise to some but could also prevent a legislative fight Mr Trump might lose if he tried to get Congress to pass a measure authorising the kind of border wall he promised during the campaign.
It is not clear how much could be done along the 2,000-mile border without additional action by Congress. Legislators passed the Secure Fence Act of 2006, but most of those 700 miles have already been built. Some areas are in much better shape than others and long stretches are made up of fencing that stops vehicles but not pedestrians.
Whatever steps might be taken without Congress’s approval would be likely to fall short of the extravagant new wall on the border that Mr Trump repeatedly said Mexico would pay for during his campaign for the White House.
Despite Congress’s involvement in approving any spending, such an approach might also open Mr Trump to charges of circumventing the House and the Senate to take unilateral actions, something he repeatedly criticised President Barack Obama for.
A spending bill including money for border construction could also provoke a legislative showdown given potential opposition from Senate Democrats.
However, some immigration hardliners have already expressed the desire to see Congress take a vote, given how prominent the wall was during Mr Trump’s presidential campaign, and their desire to act on the issue.
His vow to build an impenetrable concrete wall along the southern border was his signature campaign proposal.
Mr Trump often promised the wall would be built of hardened concrete, rebar and steel as tall as his venues’ ceilings, and would feature a “big, beautiful door” to allow legal immigrants to enter.
Most experts viewed such promises as unrealistic and impractical, and Mr Trump himself sometimes allowed that the wall would not need to span the entire length of the border, thanks to natural barriers like rivers. After winning the election, he said he would be open to stretches of fencing.
AP 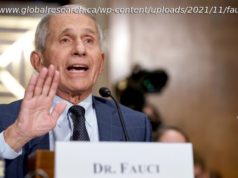 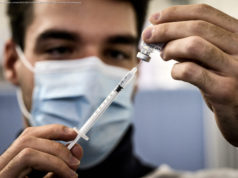 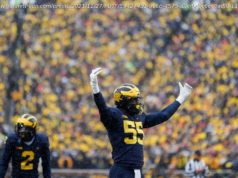 Who will Michigan football play in Big Ten championship game? Either Wisconsin or Iowa