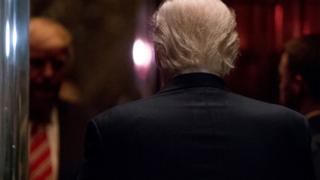 Shortly after Donald Trump’s shock win in the US election, the BBC considered the ways the world could change.
Long-standing US domestic and foreign policies, such as a commitment to free trade and membership of Nato, all face an overhaul.
But events have moved fast. Here’s how Mr Trump’s incoming presidency has already changed the world.
The final days of the Obama administration might have been very different, with the outgoing president handing over safe in the knowledge that his signature policies will be protected by another Democrat.
Instead, his administration has gone on the defensive, scrambling to protect his legacy, laying down what Mr Trump has called “roadblocks”.
There have been sanctions against Russians, a ban on offshore energy drilling, a refusal to veto a UN call to end Israeli settlements and a last-minute rush of deals with Cuba.
All of these conflict with pronouncements made by Mr Trump, and could at the very least make life more difficult for the president-elect.
What marks does Obama’s presidency deserve?
The campaign was dogged by baseless stories shared on social media, from a claim that actor Denzel Washington had endorsed Mr Trump (he didn’t) to the notorious “pizzagate” conspiracy .
After criticism from users, arguably the key gatekeeper, Facebook, announced measures to tackle the problem of fake news.
The higher-than-high stakes election did more than anything to highlight the problem, and America was not the only country affected. In Italy, for instance, there were concerns fake news had influenced last month’s constitutional referendum.
Social media giants face a tricky 2017, trying to balance the freedom enjoyed by their users with a new, unfamiliar role as arbiter-in-chief, perhaps assuming an even bigger role in our lives.
World stock markets have enjoyed a strong run since Mr Trump’s election, thanks, analysts say, to investors’ belief he will boost infrastructure and cut taxes when in office.
Mr Trump promised to be the “greatest jobs president that God ever created” and has taken credit for a slew of company announcements.
But while the Donald may giveth, the Donald can also taketh away.
Companies, whole sectors even, have seen share prices rattled by Mr Trump, with some traders reportedly adapting their algorithms to respond instantly to his tweets.
Pharmaceutical firms, for instance, were hit during a press conference when Mr Trump said they were “getting away with murder”.
Trump on Twitter: A history of the man and his medium
Some of Mr Trump’s angriest rhetoric has been directed at China. Beijing was infuriated by a phone call he took from Taiwan’s leader, in defiance of the “One China” policy.
But while Mr Trump seems to be squaring up to China, could China see a Trump presidency as an opportunity?
Xi Jinping became the first Chinese president to attend the World Economic Forum in Davos, where he defended globalisation, a pointed rebuke to Mr Trump’s attacks on free trade.
China has been stepping up its economic leadership, pushing an expanded free trade area in the Asia-Pacific region.
And it could position itself as a leader on climate change, too, with the country’s Vice-Foreign Minister Liu Zhenmin saying it was no Chinese hoax, and that a change in US policy would not affect Beijing’s commitment to the issue.
Hillary Clinton may have missed her chance to become the first female US president, but could a Trump presidency spur other women to shatter that ultimate glass ceiling?
Several groups dedicated to getting more women into politics have seen a surge in new members and donations.
The election was “the kick in the pants that I needed”, as one woman now hoping to run for office put it.
And while the US has a disproportionately low number of women in politics, this already seems to be changing with the largest number yet elected to Congress in 2017.
Mr Trump had no shortage of detractors during the election, be they foreign powers, business leaders or members of his own party.
But it didn’t take long for them to come around. Republican House Speaker Paul Ryan, who all but disowned Mr Trump in the campaign, pledged on election night to work “hand-in-hand” with the next US leader.
UK Foreign Secretary Boris Johnson once declared Donald Trump “unfit” to hold the presidency, before calling for an end to the “whinge-o-rama” over his win.
Tech leaders, many of whom had railed against Mr Trump, ended up meeting him at Trump Tower.
Perhaps refusing to work with the new president simply is not an option.
But are his new fans meeting him on common ground, or has Mr Trump dragged the US – and the rest of the world – to uncharted territory? 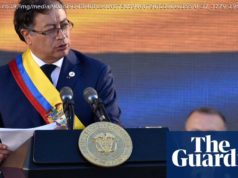 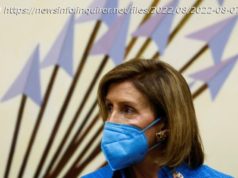 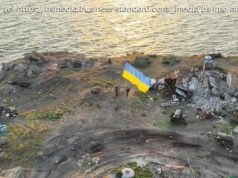