Dylann Roof is competent to represent himself when the jury that found him guilty of killing nine black parishioners at a South Carolina church returns to court to decide his punishment, a judge has ruled.
With the 22-year-old representing himself, the process is sure to be unconventional. But even if Roof is sentenced to death, it is highly unlikely he would be executed soon.
While prosecutors plan to call up to 38 people related to the nine people killed and three who survived the June 2015 slaughter during Bible study at Emanuel AME Church in Charleston, Roof said last week he plans on calling no witnesses and presenting no evidence.
Roof was unanimously found guilty last month of 33 federal charges, including hate crimes and obstruction of the practice of religion. A jury took less than three hours to return its verdict, and a judge dismissed the jury for a break over the Christmas holidays.
Typically in what is known as the sentencing phase, defence lawyers call relatives and other witnesses to testify about their client’s unsteady state of mind before and during the crimes. Given that background, the defence hopes, a jury might be more likely to spare the defendant’s life and opt against the death penalty.
But Roof, who is acting as his own lawyer, has said he plans to do no such thing.
In his journal, which was read in court during his trial, Roof said he does not believe in psychology, which he called “a Jewish invention” that “does nothing but invent diseases and tell people they have problems when they don’t”.
Roof also seems to be determined to try to keep evidence embarrassing to him or his family out. Not only did he take over his own defence, but he asked the judge at a hearing last week if he could file a motion limiting what prosecutors can introduce.
Roof also was adamant that a transcript of a hearing where he was found mentally competent not be released to the public.
“I know this is not a legal argument, but the unsealing of the competency hearing defeats the purpose of me representing myself,” Roof said at last week’s hearing.
On Thursday, US District Judge Richard Gergel ordered another competency evaluation of Roof “in an abundance of caution” after his standby counsel filed a sealed motion again questioning Roof’s mental ability to proceed.
On Monday, after the objection of a lawyer representing media outlets including The Associated Press, Mr Gergel ordered the competency hearing to be closed to the public.
Saying he would have to sequester jurors if he opened up the proceedings, the judge promised to release a transcript after Roof is sentenced.
“This is an incredibly sensitive moment in this proceeding,” he said. “We are putting in the hands of 12 people the life and death of a person. ”
After a day-long hearing, Mr Gergel ultimately ruled Roof is competent to stand trial and also to represent himself at sentencing. He also granted Roof’s request for an extra day to prepare for his case.
Court papers show prosecutors are expected to present evidence showing that Roof picked his victims because of their race, killed them to incite more violence, showed no remorse and killed three particularly vulnerable people who were 70 years old or older.
Roof also faces nine murder charges in state court, where prosecutors have also said they will seek the death penalty in a trial likely to begin next year.
Whether he is sentenced to death or not, it is unlikely Roof would be executed soon, in either jurisdiction. The federal government has not executed anyone since 2003, and there are years of appeals between a death sentence being passed and carried out.
South Carolina’s death chamber has not been used since 2011, due at least in part to a lack of availability of the drugs the state uses for lethal injection.
AP 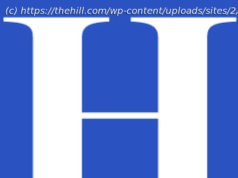 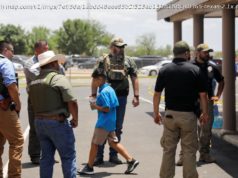 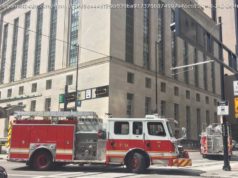