Illinois’ John Groce has heard many differing opinions about what he should do with point guard Te’Jon Lucas. The ones screamed at him during the game weren’t why he decided to start the freshman against Iowa, his impact and control of the offense paid off in Illinois’ 76-64 win Wednesday night.
A few moments before tipoff, while TV was preparing to start the game, Lucas focused on remembering what the first play was, not worrying about his first start.
“I’m glad I was able to start,” Lucas said. “I’m just going to keep coming, trying to start each game. ”
Lucas finished the game with six points and six assists while Michael Finke scored 17 points off the bench and led Illinois (13-8, 3-5 Big Ten).
Illinois got off to a quick 10-0 start in the first few minutes of the game and never relinquished the lead.
Offense was not a problem in a game where Illinois looked dominant, shooting 55 percent from the field in the first half, which is good since the Illini struggled shooting in the second half. Illinois finished shooting 45 percent, including 9-19 from beyond the arc.
The offense thrived with good ball movement thanks in large part to Lucas’ leadership — Illinois finished with 18 assists, the second-most this season.
Maverick Morgan had 12 points and seven rebounds.
But Wednesday is just one win. Groce compared the rest of Illinois’ season to climbing a ladder.
“At the end of the game it’s just one game,” Groce said. “We have two days to prepare for another one Saturday. ”
Nicholas Baer scored led the way for Iowa (11-10, 3-5) with 12 points and Peter Jok added 10.
The Hawkeyes got off to a slow start, shooting under 20 percent from the field for the first eight minutes of the game and 37 shooting percent for the half.
“It felt about the same,” Iowa coach Fran McCaffrey said.
Jok battling a back injury.
“We all have to look ourselves in the mirror individually,” he said. “We have to figure something out. We have 10 games left. ”
BIG PICTURE
Iowa: The Hawkeyes are in a slump after an impressive win over Purdue. Iowa will have a couple easy games before facing some teams at the top of the Big Ten standings.
Illinois: The Illini won a game they desperately need if they have any hope of making the NCAA Tournament. Illinois faces Penn State before Wisconsin, Minnesota and Northwestern appear on the schedule.
STAR WATCH
Malcolm Hill had another quiet game in which he is a factor but doesn’t steal the stats. The senior scored 11 points and brought in six rebounds.
ROLE PLAYER
Kipper Nichols continued his strong play off the bench with good defense while also scoring four points and two rebounds.
UP NEXT
Iowa has a few days to relax before the Hawkeyes host Ohio State Saturday.
Illinois travels to State College to face Penn State Saturday. 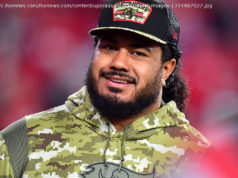 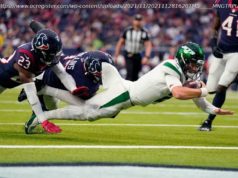 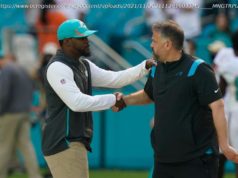