The suspect, identified by police as 26-year-old Esteban Santiago, was in custody and being questioned by the FBI over the shooting that shut down the international airport that is a gateway to the Caribbean.
The incident occurred in the baggage claim area of Terminal 2, as passengers collecting their luggage were interrupted by the alleged gunman, who withdrew a semi-automatic handgun before mowing down his victims.
People on the airport ramp area near terminals 1 and 2 are seen following a shooting incident at Fort Lauderdale-Hollywood International Airport in Fort Lauderdale, Florida, U. S. January 6, 2017. REUTERS/Andrew Innerarity
Witness John Schlicher told Fox News that he was picking up his first bag as he “heard the first shot. As I did, the person right next to me fell to the ground… It was very surreal. “
Law enforcement officers move in to verify the identity of people in this field just outside the airport perimeter following a shooting incident at Fort Lauderdale-Hollywood International Airport in Fort Lauderdale, Florida, U. S. January 6, 2017. REUTERS/Andrew Innerarity
The shooter “was holding a handgun. He was firing into the crowd. Everyone was standing there waiting for the luggage,” he said.
There was no immediate indication of a motive for the assault, in a country where gun violence is widespread due to the ready availability of firearms.
Santiago had traveled from Alaska to Fort Lauderdale, with a stopover in Minneapolis, Minnesota, the special agent in charge of Miami’s FBI field office, George Piro, told reporters late Friday.
According to CBS he engaged in an argument on one leg of the trip.
“We’re looking at several investigative leads not only in Alaska but other states that we have determined that he’s either traveled to or has connections there,” Piro said.
The suspect checked a gun inside his luggage, after declaring the weapon with airport authorities, then used it to take down his victims, CNN reported, citing law enforcement sources.
He was detained without law enforcement firing any shots, Broward County Sheriff Scott Israel told reporters.
Piro said authorities were “looking at every angle, including the terrorism angle,” but that it would take time to determine the nature of the attack.
In November, Santiago had walked into the FBI’s Anchorage office exhibiting “erratic behavior” that led agents to contact local police, who took him to a medical facility for a mental health evaluation, Piro said.
CBS News reported that Santiago claimed he was being forced to fight for the Islamic State group and that the CIA was controlling his mind to make him watch IS videos.
Santiago, a former member of the Puerto Rico and Alaska National Guard, served in Iraq from April 2010 to February 2011. He ended his service in August.
ABC News reported that Santiago, who only reached the rank of private first class, received a general discharge for unsatisfactory performance.
Santiago was also the subject of a child porn investigation several years ago, but no charges were brought, CBS said.
Mayor Barbara Sharief told CNN that the gunman “was a lone shooter, and we have no evidence at this time that he was acting with anyone else. “
Hours after the shooting, which occurred shortly before 1:00 pm (1800 GMT), many passengers still huddled inside the airport awaiting the all-clear.
“We’ve had dozens and dozens of busses transporting what we anticipate to be somewhere in the neighborhood of 10,000 folks,” airport director Mark Gale said.
Gale said the airport, which had suspended all activity, aims to be operational by 5:00 am (1000 GMT) Saturday.
In addition to those killed and wounded, up to 40 people went to the hospital for various other injuries such as falling and sprains, Israel said.
Cellphone video footage broadcast by the local Fox television affiliate showed one person lying bloodied on the floor, and several others on their knees.
US President Barack Obama expressed “how heartbroken we are for the families who’ve been affected” during excerpts of an interview with ABC News.
Governor Rick Scott, who rushed to the airport to be briefed, told reporters that those responsible would be “held accountable to the full extent of the law. “
Scott said that he had contacted President-elect Donald Trump, who said that he was “monitoring the terrible situation in Florida. “
“Thoughts and prayers for all. Stay safe! ” Trump tweeted. 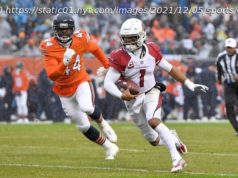 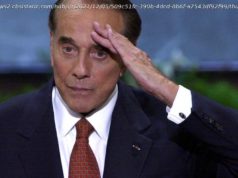 Photos: Bob Dole through the years 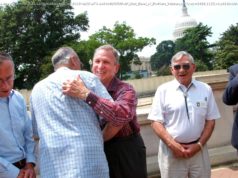 Edward Shames, last of the surviving WWII officers who inspired HBO's 'Band of Brothers,' dies at 99