By Cody Westerlund–
CHICAGO (CBS) — Prior to Saturday night’s game, Raptors coach Dwane Casey, unprompted, called Bulls wing Jimmy Butler “elite.” Afterward, the superlatives reached even loftier heights.
Scoring 32 of his 42 points after halftime, Butler willed the Bulls to their third straight victory and second consecutive against a top-notch Eastern Conference team, as Chicago rallied from a 19-point deficit for a 123-118 win in overtime against the Toronto Raptors (24-12) at the United Center. It was Butler’s third game third 40-point game in the past six contests, and it left coach Fred Hoiberg using a modifier in front of the usual “star” description.
“You can put Jimmy up with the superstars in this league and put him in that category,” Hoiberg said. “There’s no doubt about that.”
In a season in which the Bulls (19-18) have hovered around .500, failed to string together consistent play and been met with questions about their future direction, Butler’s rise has been the feel-good storyline. He’s been on a rampage lately, averaging 34.1 points, 8.7 rebounds and 5.7 assists on 46.5 percent shooting in the past six games. For the season, he’s averaging career highs of 25.6 points, 6.8 rebounds and 4.5 assists.
Butler is fond of attributing his success to his hard work, a point backcourt mate Dwyane Wade backed up when he credited Butler for going to the gym to work on his game nearly every evening, whether the Bulls already had a practice earlier in the day or whether it was an off day. For his part, Wade is also fond of pointing out that it’s the mental fortitude that has spearheaded Butler’s transformation.
“Everyone in this league has talent,” Wade said. “There’s a lot of things that separate guys. That’s one of them, the mentality that it takes to — even if you’re having a bad game, like in Cleveland, he wasn’t shooting it well — to still be able to do that in the clutch. That’s big time. Those are special players right there. He’s putting himself in the category of being special.”
Butler’s signature moment Saturday night came late in overtime. With the Bulls leading 118-116, he isolated on the right side of the court, guarded by Kyle Lowry, who gave up six inches. Lowry did well to hold his ground against the bigger Butler, cutting off his path to drive, but it mattered not. Butler spun, then authored a stepback 25-foot 3-point over Lowry’s outstretched hand for the dagger with 17.3 seconds left.
“Me and (trainer) Chris (Johnson) actually worked on it last night and the night before last,” Butler said of his stepback 3-pointer. “You never know when you’re going to have to use moves like that. Luckily, I made it.”
It’s plays like those while carrying such a heavy two-way burden for the Bulls that led to this postgame question: Does Butler deserve MVP consideration?
“I think so,” Hoiberg said. “I just think what he’s done for this team and again, this stretch that he’s got going right now, he just continues to add to his game. He’s really playing with the ball in hands a lot now, which is something he didn’t do a lot of (before Rajon Rondo’s benching). We’d run him off screens, get him a live catch, a pick-and-roll situation. But he’s just pretty much straight up our point guard for a lot of the games right now. And he’s been phenomenal.”
Butler wouldn’t yet enter the fray on the MVP discussion. He just wants to keep up his high-level play, which has come as he also finds himself cast into trade rumors recently.
“I don’t know about all that,” Butler said of the MVP talk. “I’m taking one day, one step at a time. All that is way down the road from here. We got to continue to win if that’s ever going to be a question.”
Cody Westerlund is a sports editor for CBSChicago.com and covers the Bulls. He’s also the co-host of the @LockedOnBulls podcast, which you can subscribe to on iTunes and Stitcher. Follow him on Twitter @CodyWesterlund. 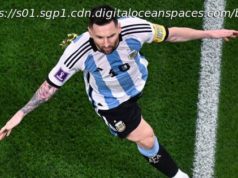 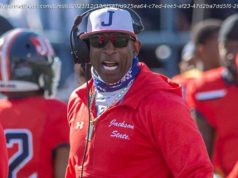 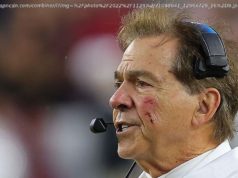