The Supreme Court ruling Tuesday that parliament must approve the start of Brexit is in many ways a victory for one woman, Gina Miller, who has endured death threats and racial abuse for bringing the case.
Addressing journalists outside court after the judgment, the 51-year-old businesswoman thanked her supporters for holding fast in the face of “extraordinary and unwarranted criticism”.
“In Britain, we are lucky — we are fortunate to have the ability to voice legitimate concerns and views as part of a shared society,” she said.
“I have therefore been shocked at the levels of personal abuse that I have received from many quarters over the last seven months for simply bringing and asking a legitimate question.
“I sincerely hope that going forward people who stand in positions of power and profile are much quicker in condemning those who cross the lines of common decency and mutual respect. ”
Several people launched legal challenges against the government after last June’s shock referendum vote to leave the European Union, arguing that the outcome was only “advisory” and needed further legislation.
But Miller became the lead claimant with her case that ministers could not start the process without parliament’s approval.
In doing so, she became a target for nationalists who claimed it was intended to stop Brexit.
She has been pilloried in the media, sent hate mail and death threats that forced her to hire bodyguards.
At weekends, she now stays close to home with her husband and three children.
“There is no doubt that Brexit is the most divisive issue of a generation, but this case was about the legal process, not politics,” Miller said Tuesday.
She said the ruling went “to the very heart of our constitution”, confirming that “only parliament can grant rights to the British people and only parliament can take them away”.
Now the head of an investment fund in London, Miller grew up in British Guiana, now Guyana, the daughter of the attorney general.
She had previously launched a campaign to bring more transparency to financial investments, and has a strong sense of social justice.
The government is now expected to bring forward emergency legislation authorising it to trigger Article 50, the EU mechanism starting Brexit negotiations, by the end of March.
Miller said Tuesday that it was right MPs help “select the best course in the forthcoming Brexit negotiations, negotiations that will frame our place in the world and all our destinies to come”. 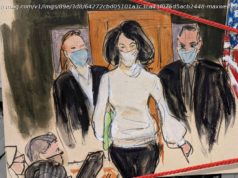 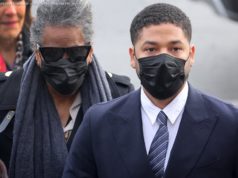 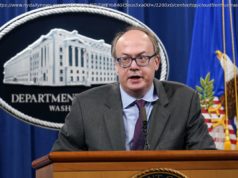