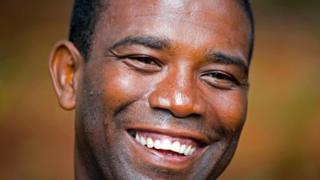 A former Haitian rebel leader turned politician has been arrested after taking part in a radio show.
Guy Philippe, a former soldier, was the rebel leader of the 2004 Haitian rebellion, and was recently elected a Senator.
He was appearing on a radio programme in the capital, Port au Prince, before being arrested outside the studio.
He is wanted by the United States on drug charges, but it is not yet clear if that was why he was arrested.
Mr Philippe was elected as Senator for the Grand’Anse district in the November elections, but has yet to take his seat.
Local media outlets reported that he was arrested during a live radio broadcast, which the host interrupted once police arrived.
The US Drug Enforcement Administration (DEA) lists Mr Philippe as a wanted man on charges of conspiracy to import cocaine and money laundering, but has yet to make any comment on the arrest in Haiti.
Associated Press reported that Mr Philippe has spent much of his time in recent years in a secluded mountainous part of southern Haiti.
In an interview with the New York Times last October , Mr Philippe spoke from his destroyed hometown in the aftermath of Hurricane Matthew, which battered the country’s south.
At the time, he accused the government of deliberately not providing aid to the area. “They are punishing the people because of me,” he told the Times.
The implication that he is linked to the drugs trade goes back to his time in exile in the Dominican Republic before the 2004 rebellion.
Mr Philippe was accused of involvement in drugs trafficking due to his reported use of expensive luxury hotels – a charge he vehemently denied.
“You can look in all the banks of the world, but you will not find any money of mine, because I am not rich,” he told reporters at the time . 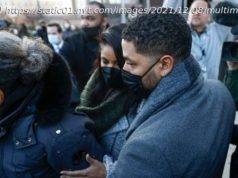 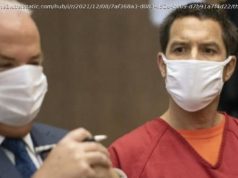 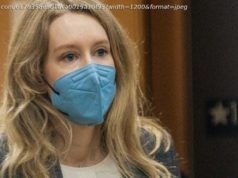 The defense has rested in Elizabeth Holmes' fraud trial, and closing arguments will begin next week