Hirokazu Koreeda , the Japanese director who is a darling of the international festival circuit (“Air Doll,” “Our LIttle Sister”,) has revealed that his next film will reunite him with Masaharu Fukuyama, star of Koreeda’s 2013 hit family drama “Like Father, Like Son.” The script is a Koreeda original.
Fukuyama plays a hotshot winning-is-everything lawyer who reluctantly defends a convicted killer and ex-convict played by Koji Yakusho (“The Last Ronin,” “Memoirs of a Geisha”) charged with another murder.
The film will shoot from mid-January to March with a September release planned. Distribution in Japan will be jointly by Gaga and Toho. The international sales agent has not yet been settled.
Describing the film’s protagonist, Koreeda said in a statement: “He is a person whose professional credo is that he doesn’t need to know the truth. He takes a certain pride in that. But in dealing with what looks at first glance to be a criminal in a simple murder case, his sense of values is shaken and he really wants to know what is true.”

Is Tomi Village Really a Mall In Japan? 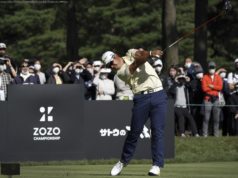