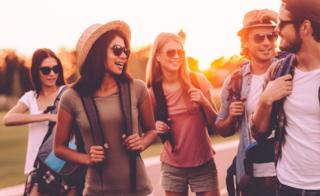 We keep being told to save more for our retirement.
But how big a pension will we need, and how much should we be putting away to pay for it?
On the first question, one clue came from the Office for National Statistics (ONS) this week , which said the average retired household now spends £21,770 a year.
So to earn a pension of at least £20,000, how much should you be saving each month?
To get an answer, the BBC asked a firm of London actuaries to make some calculations.
To a generation that has got out of the habit of saving, the figures may come as something of a shock.
They reveal that even at the age of 25, you need to be putting away several hundred pounds a month.
And if you haven’t started saving by the age of 40, reaching the target is going to be a real challenge.
If you qualify for a full state pension – and initially many people will not – the government currently gives you just over £8,000 a year.
So assuming you are not a member of a defined benefit (DB) pension scheme, you will need to find at least £12,000 of income from a defined contribution (DC) scheme.
For those on a typical annual salary of £26,364, getting such a pension needs very careful planning.
“Twenty thousand pounds on average national earnings is quite an ambitious target,” says Patrick Bloomfield, a partner at Hymans Robertson LLP, which did the calculations for the BBC.
“It would have them replace three-quarters of their pay with pension. But I think it is an excellent target to aim at. ”
The table above shows how much money a worker would have to contribute every month to get an eventual pension of £20,000 a year, depending on the age they start saving.
So someone who starts saving at the age of 25 would need to put away £246 a month, net of tax.
After 20% tax relief, that sum is actually worth £307.
The pot would eventually be used to buy an annuity, or income for life.
Assuming it achieves investment growth of RPI inflation plus 0.5%, and assuming the eventual payout increases annually with inflation, as well as granting a 50% income to a surviving partner, the target should be reached comfortably.
The cost can be higher for women, because they are expected to live longer. However, having a male partner reduces the cost in a joint annuity, as they have shorter life expectancy.
How to be a Mum and still get a good pension
How not to run out of money before you die
The figures show that an average earner who starts saving at 25 need only contribute 14% of their salary to hit the £20,000 target.
But if they leave it to the age of 35, they will need to contribute 23%.
By the time they are 45, if they haven’t started a pension plan, they will need to pay in pretty much half their earnings, a difficult task.
“The biggest message from this analysis is the cost of delaying when you start to save,” says Patrick Bloomfield.
“The challenge is, when they’re in their 20s and 30s people are trying to save, they’re trying to get on the housing ladder, they’re being young and having fun. There are lots of calls on that money. ”
However, the figures show that there is an alternative option for those who haven’t started saving by the age of 45.
If they are prepared to delay taking the income for five years beyond their current state pension age, they can reduce their contributions to £418 a month, or 28% of their earnings.
But not many people will want to be working at the age of 72. Indeed, some will find that ill health stops them doing so anyway.
Someone who is a higher earner may wish to save more.
This table shows how much they would need to save monthly to buy an annuity that pays out £30,000 a year.
If they are on a salary of £52,728 – double the national average – this process is currently made easier for them by the fact that the taxman will give them a rebate of up to 40% of their income tax.
Thus a 25-year-old would need to save £342 a month, while a 35-year-old would need to put away more than £500.
But again, leave it to the age of 45 and he or she would have to save well over £1,000 a month.
If successful, such a saver would receive a pension that amounts to 57% of their previous income.
This too is an ambitious target.
According to the Pensions Commission report from 2006, someone earning more than £50,000 should be aiming to get a pension which is equivalent to 50% of their pre-retirement salary.
Someone earning between £25,000 and £50,000 should aim for a pension of 60% of their salary.
State pension age calculator DWP
How much will I get from a State Pension? DWP
Combined state, workplace and DC calculator, from Standard Life
Should I delay buying an annuity? Hargreaves Lansdown
How much can I earn from a DC pot? Money Advice Service
Of course people retiring do not have to buy an annuity. There are now plenty of alternatives, such as pension drawdown.
These figures also do not take account of National Insurance contributions. Workers in salary sacrifice schemes should be able to reclaim some of those contributions, meaning the amount they need to save monthly will be less than shown.
But the figures we used are still a clear sign that workers need to save more.
One financial advisory firm, the deVere Group, said this week that 80% of the people it sees are not saving enough.
“Too many people have a live-for-today attitude,” said chief executive Nigel Green.
“There needs to be a seismic shift in the savings culture. ”
As Patrick Bloomfield concludes: “There are two big messages in this. 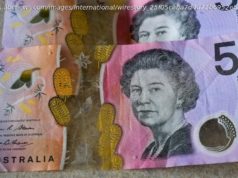 Australia is removing British monarchy from its bank notes 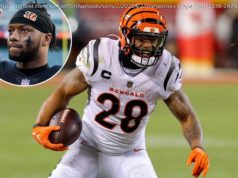 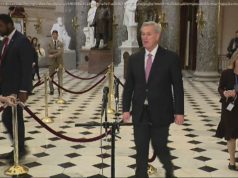 McCarthy: Omar ousted, no deal yet on debt crisis