With eyes like saucers and a cute button nose, Pepper the robot is instantly recognisable.
SoftBank’s robot has come to be a kind of de facto face of robotics over the past few years thanks to its presence in shopping malls, cruise ships and in airports around the world. It recently arrived in the US for the first time and can be found in a handful of Westfield malls in San Francisco’s Bay Area, with more to come soon. At the same time, SoftBank is searching out new businesses and environments that Pepper could potentially play a role in, which is why I got to reconnect with the robot in at CES in Las Vegas.
But unlike my previous times meeting with Pepper, this encounter was a little more… risqué.
I first met Pepper in a Softbank store in Tokyo.
I’ve never been the biggest fan of the game Cards Against Humanit y, but I couldn’t turn down the opportunity to play with Pepper. The robot flashed up an unfinished sentence on its screen and a bunch of us gathered around, a web app open on our phones. We each tapped on a word from the card selection on our screen to cap off the sentence and Pepper picked the funniest response.
Hearing the explicit responses emerge from the robot’s mouth was akin to seeing Winnie the Pooh spouting profanities — by which I mean, hilarious. But that was hardly the point of the exercise. 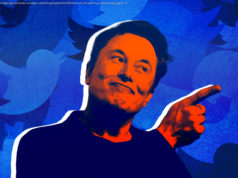 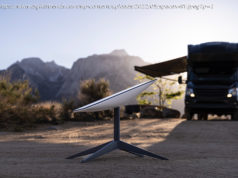 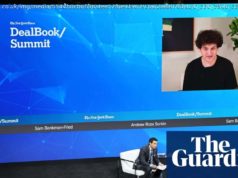