Oakland’s first trip to the playoffs in 14 seasons was short-circuited in great part because of injuries that wrecked its once-prolific offense.
Rookie third-string quarterback Connor Cook was no match for the Houston Texans in a 27-14 loss in a wild-card playoff game Saturday.
“We got off to such a great start, winning 12 games isn’t easy to do,” coach Jack Del Rio said. “Just came to an abrupt end. The last two weeks we were weren’t able to do enough as a team to carry on and continue. ”
The Raiders last made the playoffs in the 2002 season, when they went to the Super Bowl. This appearance ended with a thud behind the struggles of Cook. Clearly in over his head, he threw for 161 yards with one touchdown and three interceptions.
“It was his first start, on the road, in a playoff game, against the No. 1-ranked defense. It was a tough draw for him,” Del Rio said. “We had hopes that we would be able to do enough around him so he wouldn’t have to do as much. ”
Cook became the first quarterback in NFL history to make his first start in a playoff game after MVP contender Derek Carr broke his leg two weeks ago. Then backup Matt McGloin injured his shoulder on Sunday.
“I had high expectations for myself, and to come in and play like that, it’s not a good feeling,” Cook said. “It’s a learning experience. ”
Cook’s performance wasn’t helped by star left tackle Donald Penn missing the game with a knee injury, which ended a streak of 160 straight starts.
Houston (10-7) led by 13 at halftime and made it 27-7 on a 1-yard run by Osweiler early in the fourth quarter.
The Raiders (12-5) cut the lead when Andre Holmes grabbed an 8-yard touchdown reception on their next possession. Oakland got a stop after that, but Corey Moore intercepted Cook on the next possession.
Defensive end Khalil Mack talked about how difficult it was to play without Carr.
“When you lose an MVP, it takes a toll,” he said. “We wanted to rally and focus back in, but you could tell it was a big hit for us. ”
Carr threw for 3,937 yards with 28 touchdowns and just six interceptions this season before his leg was broken on a sack in a win over Indianapolis on Christmas Eve. McGloin started last week, but he went down with a shoulder injury to force Cook into action after not playing all season.
Del Rio said he asked his staff at halftime if they should bring McGloin in for the second half.
“The coaches really felt that there were other things that were kind of contributing, and that there wasn’t going to be a big change based on changing the quarterback, so we stayed the course with it,” Del Rio said. “He did some good things, and then he did some things he’ll certainly learn from. ”
Mack was disappointed that they couldn’t do more to help their young quarterback succeed on Saturday.
“We should have stepped up defensively, and carried this team, but we couldn’t do it,” he said. “We weren’t able to help our offense, and that’s my fault. I’ll take the blame for that. “ 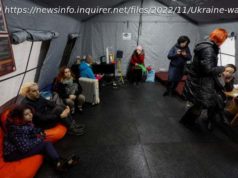 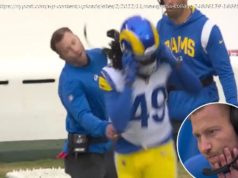 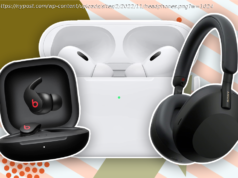