As U. S. intelligence officials have raised increasing alarm this week over Russia’s meddling in the presidential election, Donald Trump has sought to recast the investigation as a matter of old-fashioned politics rather than national security.
The president-elect has reacted to mounting pressure to take stronger steps against Russia not only by trying to discredit the intelligence community but also by suggesting that the intense Washington focus on the issue is being driven by political rivals still stung by his electoral victory.
“This is a political witch hunt,” Trump said Friday in an interview with the New York Times ahead of a private briefing from U. S. officials on a classified 50-page report, ordered by President Obama, on Russia’s role in the election.
Trump softened his tone in a written statement after the two-hour meeting at Trump Tower, calling it “constructive,” but his demeanor this week has suggested that he is unlikely to rein in his attacks or accept the report’s findings.
The assessment from the Office of the Director of National Intelligence concluded that Russian President Vladi­mir Putin ordered an “influence campaign” to harm Democratic nominee Hillary Clinton and aid Trump’s candidacy.
On Friday, Trump was formally certified as the winner of the election during a final congressional tally of the electoral college votes overseen by Vice President Biden. But Trump and his aides have been wary that reports of Russian hacking could be used by his rivals to cast doubt on the integrity of his victory.
In his statement, Trump emphasized that regardless of what happened, “there was absolutely no effect on the outcome of the election.” The report said officials had not attempted to make an assessment of the impact of Russia’s actions.
Trump’s stance has alarmed intelligence officials, who have warned that his disparaging comments risk undermining public confidence in their work both at home and abroad. And Democratic lawmakers have dismissed his claims that there was a political motivation behind the investigation, emphasizing that the goal is to protect America’s democratic institutions.
Last week, Obama announced that the United States would expel 35 Russian diplomats and close two Russian compounds as part of a series of punitive actions in response to the hacking.
“It’s not a witch hunt — it’s a search for the truth,” said Rep. Charlie Crist (D-Fla.). “I think it’s an important story, and I think we need to get to the bottom of it and explore what all the facts might be. We’re talking about messing with the democratic process, messing with the right to vote and messing with our elections. Any investigation would be completely appropriate.”
Brian Fallon, who served as a campaign spokesman for Clinton, wrote on Twitter that it is “seriously weird” that Trump has not acknowledged Russia’s role.
Yet Trump’s allies rallied around him.
In a pair of tweets late Thursday and early Friday, Trump complained that NBC News reported details of the intelligence report before he was briefed and vowed to ask Congress to investigate the leaks. “Who gave them this report and why?” Trump wrote . “Politics!”
WikiLeaks — whose founder, Julian Assange, has said Russia was not responsible for leaking stolen Democratic Party emails that his group made public before the election — echoed Trump’s charge, accusing the Obama administration and the CIA of “illegally funneling” top-secret information to NBC for “political reasons.”
NBC reported only on the declassified version of the report.
Earlier in the week, Trump claimed that intelligence officials had delayed their briefing for him because, he suggested, they needed more time to build their case — a charge that U. S. officials flatly denied. Trump also ridiculed the Democratic National Committee, whose emails were hacked, for having weak cybersecurity defenses while praising the Republican Party for taking more precautions.
He also said Democratic officials should be asked to respond to “terrible things they did and said,” citing the disclosure among the stolen emails that Clinton’s campaign had received notice of a CNN debate question ahead of the event. Former CNN analyst Donna Brazile , a longtime Democratic operative and Clinton supporter, was revealed as the person who sent the tip.
Trump called it a “total double standard.”
The missives have put Republican leaders on Capitol Hill in the difficult spot of trying to navigate a fine line between holding Moscow accountable and not offending the president-elect.
On Thursday, at a Senate committee hearing on foreign cyberthreats, several GOP senators deflected attention from the details of Russia’s hacking to take issue with the media’s coverage of the electoral interference and to question why Putin would want Trump to win.
In a statement on the intelligence report Friday afternoon, House Speaker Paul D. Ryan (R-Wis.) said it was clear that Russia had meddled, and he strongly condemned “any outside interference in our elections.”
But he added that Trump won the election “fair and square” and said the nation “cannot allow partisans to exploit this report in an attempt to delegitimize the president-elect’s victory.”
Trump’s criticism of the intelligence assessments — including mocking references to flawed analyses of Iraq’s weapons cache more than a decade ago — has threatened to open an unprecedented rift between the incoming commander in chief and the nation’s 17 spying agencies. The friction has raised questions about how Trump, who has decided to receive few of the daily intelligence briefings traditionally offered to a president-elect, will engage with intelligence officials once he takes office.
At the White House, press secretary Josh Earnest declined to respond to Trump’s contention that the hacking probe was a “witch hunt,” saying that Obama’s goal in ordering the report was to help devise strategies to prevent future interference and to hold accountable those who were responsible. 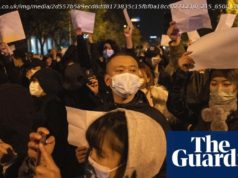 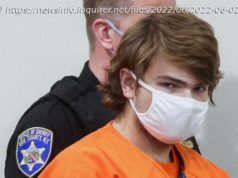 US teen pleads guilty to racist massacre at supermarket 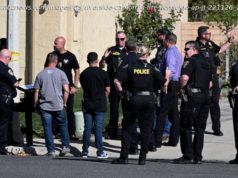