Plenty of people are waiting to see if Apple will launch an iPad Pro Mini or iPad mini 5 in March 2017 alongside the iPad Pro 2. Here’s what we expect to be announced at Apple’s Spring 2017 event.
When will Apple launch the iPad mini 5 , you ask. The 7.9in tablet, which could even be called the iPad Pro mini, is purely a rumour right now. Apple didn’t launch a 7.9in iPad in 2016, so most rumours suggest one is likely to be unveiled in March 2017. Here we round up all the rumours about the fifth-gen iPad mini, including UK release date, price, new feature and specification rumours. Also see: Best new tablets coming in 2016 and New MacBook Pro.
On 9 September 2015 Apple unveiled its iPad mini 4. This was a month earlier than usual, and with no separate iPad launch event scheduled for October it appeared alongside the iPhone 6s and iPhone 6s Plus.
Apple has shaken things up a bit in 2016. It had one launch event in March, the WWDC developers conference in June, a second launch event in September, and a third in October. It didn’t announce an iPad mini Pro in any of these events, which means the next most likely release date is March 2017. See also : iPad Air 3 rumours and iPad Pro 2 rumours
But here’s the thing: there are no leaks to confirm rumours of a fifth-generation iPad mini. In fact some rumours suggest Apple will discontinue the mini entirely. However, we won’t know what’s true until the putative iPad launch event.
Well-respected analyst Ming-Chi Kuo has predicted three new iPads in 2017, but one will have a 9.7in screen, another a 10.1-10.5in screen and a third 12.9in. The latter is the iPad Pro 2, and the former is a new “low-cost” iPad which could end up being the iPad Air 3. He doesn’t mention a fourth iPad, or one with a 7.9in screen, so there’s every chance there won’t be an iPad mini 5.
Rumours of the ‘iPhone 8’ say it will have an even larger screen than the 5.5in Plus models, so this could another reason why Apple isn’t pursuing the 7.9in screen size any more.
Apple tends to keep the price of its iPad mini line-up the same, reducing the price of its previous-generation mini when the new model goes on sale.
So if Apple has managed to keep all leaks under control and surprises us with a launch in March, then based on 2015’s iPad mini 4 pricing, we can expect an iPad mini 5 to be priced as follows:
• 32GB Wi-Fi only: £379
• 32GB Wi-Fi + 4G: £499
• 128GB Wi-Fi: £469
• 128GB Wi-Fi + 4G: £589
We are unlikely to see a 256GB model, given the additional cost for the larger storage iPad, but Apple could – again – surprise us. 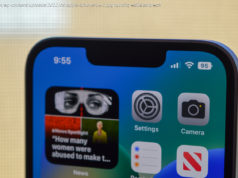 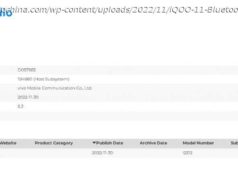 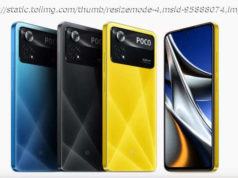