George Hill scored 19 points in his return from a concussion and the Rudy Gobert tipped in a rebound with 27.5 seconds to play to lift the Utah Jazz to a 94-92 victory over the Minnesota Timberwolves on Saturday night.
Derrick Favors scored seven of his 15 points in the fourth and Gobert finished with 12 points, 13 rebounds and four blocks as the Jazz rallied from 11 points down to start the final quarter. They still trailed by nine with three minutes to play, but closed on an 11-0 run.
Zach LaVine had 24 points, nine rebounds and four assists and Karl-Anthony Towns had 18 points and 15 rebounds for the Timberwolves. They have lost four straight games.
The Wolves went the final 4:41 without a field goal.
With Utah down 93-83 with 3:05 to play, Favors scored seven straight points for the Jazz, including a corner 3-pointer to cut it to 92-90 with 1:29 to play.
Andrew Wiggins missed a jumper on the other end and went 0 for 4 in the final 12 minutes and Hill made a pair at the line to tie the game with 52 seconds to play. After Gorgui Dieng missed a jumper, Gobert tipped in a miss, then forced a wild hook shot from Towns that caromed off the rim.
The Wolves had one more chance, but LaVine missed a jumper at the buzzer.
The Wolves dropped to 5-15 in “crunch time” games — defined by the scoring margin being five points or less in the final five minutes.
TIP-INS
Jazz: It was the first game all season the Jazz had all 15 players healthy. … Trey Lyles scored 13 points off the bench. … Gordon Hayward had 16 points on 4-for-13 shooting.
Timberwolves: PG John Lucas III was waived on the deadline for his contract to become fully guaranteed for the season. Coach Tom Thibodeau said the team likes the added flexibility of an open roster spot as it looks at trades and available free agents. … F Shabazz Muhammad returned after missing the game on Friday night with an illness. He had five points in 18 minutes.
HILL’S BACK
The Jazz point guard is crucial to everything they do, but had played just 36 minutes total over the previous 18 games due to injuries. Coach Quin Snyder said they would have to keep his shifts a little shorter than usual while he gets his conditioning back, but he played 33 minutes after a three-game absence, hitting 5 of 12 shots to go with seven assists.
BIG MAN BATTLE
Gobert had his way with Towns early, blocking four of his shots right at the rim and forcing the reigning rookie of the year into a 1-for-6 first quarter. But Towns kept attacking, trying to initiate contact and force the officials’ whistle. Gobert picked up his fourth foul midway through the third quarter, and the Wolves went to work.
Towns threw down a ferocious, one-handed putback dunk in the fourth, but it wasn’t enough.
UP NEXT
Jazz: Utah wraps up a five-game road trip at Memphis on Sunday.
Timberwolves: Minnesota has the second of a four-game homestand when it hosts Dallas on Monday. 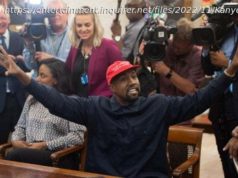 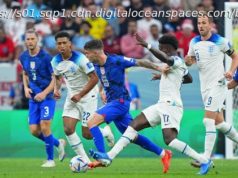 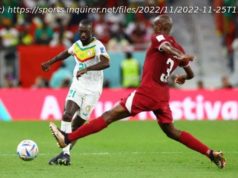