6:10 PM PST 1/19/2017
by
Kim Masters
With the studio business going through maximum instability, former Fox film-studio chief Jim Gianopulos appears to be in play, with China’s Dalian Wanda Group said to be courting him to run Legendary Pictures.
Even before Wanda ushered out Legendary founder Thomas Tull on Wednesday, sources say Wanda was in talks with Gianopulos with a promise that Legendary could be poised for a dramatic expansion, turning it into a full-fledged studio with expanded production and, eventually, marketing and distribution. (Initially, its films would be distributed through other studios.)
According to these sources, Mary Parent would remain in place as the creative head of the studio. She previously worked in association with Gianopulos when she produced The Revenant , which Fox distributed. An industry source with knowledge of the landscape in China said such an expansion would not be easy for Wanda to execute. And Gianopulos, who departed as chairman and CEO of Fox Filmed Entertainment last year, has been mentioned for other top posts in Hollywood, including at Sony Pictures Entertainment and Time Warner.
Gianopulos could not be reached for comment. A representative for Wanda said, “We don’t comment on rumors. ”
Wang Jianlin, chairman of Dalian Wanda, has made it clear he wants his company to take a bigger role in the American film business. It bought up the AMC Entertainment theater chain in 2012, had been in talks to buy a 49 percent state in Paramount and last year acquired Legendary Entertainment for $3.5 billion. While Wang has talked of acquiring an existing studio, he has said if that proves impossible, he would simply increase Wanda’s investment in other film production.
Jack Gao, Wanda’s CEO and senior vp international investments and operations, was put in charge of Legendary on an interim basis while Wanda seeks a full-time CEO. Gao said in a recent statement, “As we move forward, Wanda aims to transform Legendary into a next-generation studio of the future with a far-reaching creative and global platform. We look forward to working with the creative team to manage our already viable film slate with more to come in the near future.” Gao previously hired Adam Aron as CEO of AMC to turn the theater chain around.
Legendary, which began as a financing vehicle for investing in big-budget films, such as Warner Bros.’ The Dark Knight and the Hangover franchise, became an independent studio in 2013 based at Universal before selling to Wanda. Legendary’s past major tentpoles include Godzilla , Pacific Rim , Jurassic World and Warcraft. 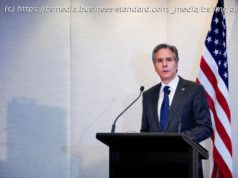 Rushdie stood up for rights of freedom of expression, religion: Blinken 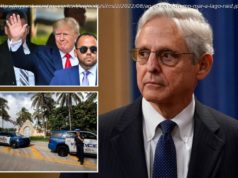 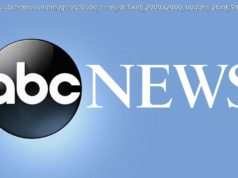