Any questions about how important Jimmy Butler is to the Bulls were answered Saturday.
After missing nearly three games and losing 10 pounds in the last week because of the flu, Butler returned to score 28 points in the Bulls’ 107-99 victory against the New Orleans Pelicans at the United Center.
‘‘We needed that,’’ teammate Dwyane Wade said of Butler’s return. ‘‘And his leadership is very important. With this team, with us trying to get to be better, you don’t want to miss any of the consistency from your team.’’
Especially when that consistency involves Butler.
‘‘Jimmy was great,’’ coach Fred Hoiberg said. ‘‘He came out aggressive. Really was great throughout the game. Really showed how much he means to this team by being out there.’’
Butler continued to show why he is an MVP candidate midway through the regular season. He was hit with the flu before a home game Monday against the Oklahoma City Thunder and tried to play through it before Hoiberg pulled him and sent him home early. Butler then missed road games Tuesday against the Washington Wizards and Thursday against the New York Knicks.
Not coincidentally, the Bulls (20-21) lost all three of those games.
Butler, who finally was able to hold down some food, returned to the starting lineup against the Pelicans and made an instant impact. He scored 13 points on 5-for-7 shooting in the first quarter.
‘‘That’s a huge sign of the importance of a player for a team — how much you miss them when they’re not in the lineup,’’ Hoiberg said. ‘‘Jimmy, obviously, we’re so much better with him on the floor. You talk about just a select few in this league that have that type of impact on their overall team.
‘‘He does everything, and the thing that’s most overlooked with Jimmy — and we talk about this a lot — is a lot of these guys that are putting up these types of numbers are not guarding the other team’s best player. Jimmy goes out every night and takes pride in that role, and that’s what makes him one of the top players in this league.’’
And after Butler got the Bulls off to a good start, Wade had no problem closing late. He scored 17 of his 22 points in the fourth quarter.
‘‘When he’s making shots like that, feed the monster,’’ Butler said.
What was amazing about Wade’s performance down the stretch was that he entered the fourth quarter 2-for-13 from the field. Then it clicked, and any chance of a Pelicans comeback was crushed.
‘‘Legs weren’t in it, for some reason, but they kept coming to me,’’ Wade said. ‘‘[Butler] kept running plays for me, even when I was struggling, and it helped me confidence-wise going into that fourth quarter. Got one to fall and another to fall, and then the basket starts growing.’’
Follow me on Twitter @suntimes_hoops.
Email: jcowley@suntimes.com 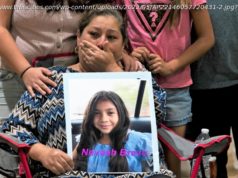 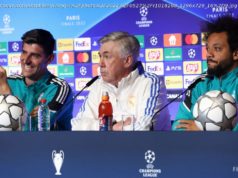 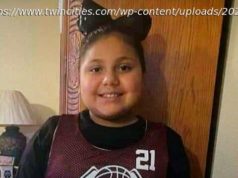