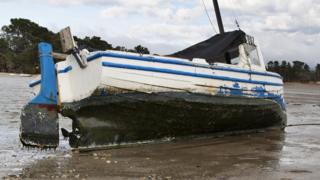 A barnacle removal bill is an unlikely inspiration to set up a joint bank account. Yet, for two keen sailors, opening an account together was the most efficient way to organise the costs of running their boat.
Fees for maintenance, mooring, and fuel all needed to be paid, so the yacht-owning duo stepped into their local bank branch on the south coast of England and signed up.
The manager that day was Eric Leenders, now the managing director of retail banking at the British Bankers’ Association.
“Typically joint accounts are used by couples for pooled income and expenditure, the trigger is often when they move in together and start paying the bills,” he says.
“But, on occasions, they are used to share funding for a particular project. ”
It is the mundane reality of keeping heads above water financially – rather than keeping a vessel shipshape – that prompts most people to open a joint bank account.
Any couple or group of people can open an account together, generally a regular current account with some added terms and conditions. Yet, experts stress there are benefits and pitfalls to sharing a bank account with anyone – even within an intimate relationship.
Today, couples are living together and marrying later in life. Having increasingly led independent financial lives, the relevance of joint accounts may be questioned.
While the vast majority of banks and building societies offer them, they do not collect and share any data so we can only speculate that the popularity of these accounts is fading.
Fiona Cullinan, a 48-year-old digital editor, says she never had a joint bank account, even during more than two years of marriage – until last month.
“This is probably a legacy of not wanting to argue about money and also being independent, as once bills and standing orders are set up, it is hard to shift everything over – or so I thought,” she says.
“In September I lost one of my jobs and so a joint account started to make more sense to help with cash flow. It was really simple and took about 30 minutes at the bank to set up.
“Now that everything doesn’t go out from my account, it is a lot less stressful. A secondary bonus is that the burden feels more shared as my husband is now more involved in household finances – he set up a household budget spreadsheet to check things are on track each month. I now feel we are more of a team. ”
Applying for a joint account is much the same as opening a current account individually. Applicants often tick a box to make the account a joint version, then fill in their individual section of the form and provide the normal proof of address and identity.
Many banks allow customers to add a second name to an existing account, following the normal checks.
Convenience is generally the main benefit, with the account used to pay household bills, although wages are often still paid into an individual’s own current account.
“Two people with two accounts often become two people with three accounts,” says Eric Leenders, of the BBA.
There is no limit on the number of people who can sign up, but primarily they are used by couples who are married, in civil partnerships or who live together, or by friends who share a home. Banks says that couples separated by work postings are also among those who are keen.
Mr Leenders says that reward or packaged current accounts can lend themselves to joint opening owing to household benefits, such as insurance, that may be included. He stressed that anyone signing up should read the terms and conditions to check the extent of this cover.
The Money Advice Service, a government-funded, independent organisation, points out there are limitations for anyone who needs longer term access to someone else’s finances.
“If, for example, you have an elderly relative who is having trouble keeping on top of their money – a joint account is not your best bet,” it says.
The key decision when setting up the account is whether one individual can withdraw money, sign cheques and make payments or whether both, or all, need to sign.
This is made official under what is known as the mandate. This should also cover the rules over who must give permission for changes in the terms of the account or close it.
Whatever the decision, all parties usually get a payment card and a cheque book, if it is available with the account.
Digitally, each person will have their own log-in details, with their own password, so this needs to be set up individually. In reality, this means each remembering another password, although mobile banking now uses encrypted password saving and fingerprint logins.
Joint accounts allow people to share the rewards and convenience, but they also share the risk.
Opening a joint account means a couple will be co-scored by credit reference agencies, so if one has a poor credit history it can affect the other.
Getting out of debt also falls to both, or all, of those signed up – as a group and individually. Typically, each account holder is responsible for paying back all the money owed, so one could become liable for repaying the other person’s debt.
A bank might take money from that person’s sole account to cover the overdraft in the joint account – but only if both accounts are with the same bank.
“Banks are not in the business of making good customers bad customers,” says Mr Leenders, pointing out that banks’ lending code requires them to treat customers sympathetically.
He stresses that people should inform their bank about a relationship breakdown, or any sign of transactions that have not been agreed, to freeze the account – otherwise it can be difficult to retrieve this money.
Cases that have gone to the financial ombudsman include:
At its worst, extravagant spending by one partner from the joint account, or sole control of a joint account can be a sign of financial abuse . 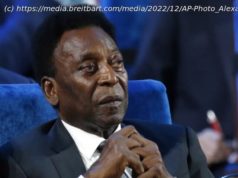 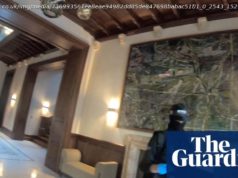 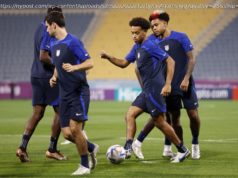