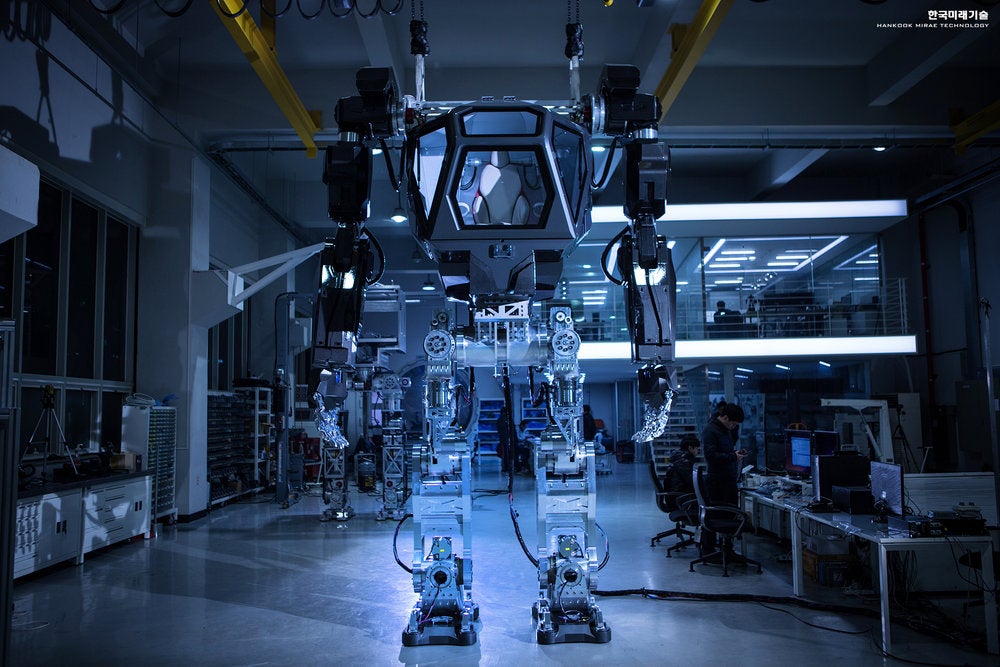 A Korean company recently debuted their work-in-progress full-sized walking mech. If anything, it resembles something from a Hollywood science fiction movie.
The company behind this project is called Hankook Mirae and is based in Korea. The mech design on the other hand comes from Hollywood SFX man Vitaly Bulgarov, reports The Next Web.
This 13-foot tall piece of machinery bears a close resemblance to the mechs used in the 3D sci-fi movie ‘Avatar.’ It also appears to have similar control mechanisms for the arms.