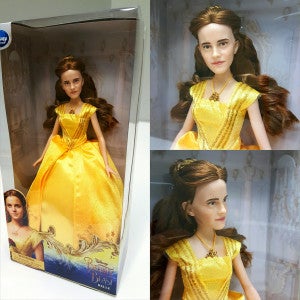 As the screening date of Disney’s live-action film of “Beauty and the Beast” fast approaches, many dolls resembling Belle and Beast have popped out of stores in the US.
But internet users were “turned off” with the physical appearance of a specific doll, which should look like the tale’s protagonist, played by Emma Watson.
A photo of the Belle doll sparked online annoyance when William Herrington, a Colorado-based photographer and doll collector, saw the figurine being sold at a local mall. He posted pictures of the doll on Flickr.
In an interview with Buzzfeed , Herrington shared his dismay by calling the doll “atrocious.” “I knew that Disney Store’s live-action dolls are never 100 percent accurate to the actors, but this one was atrocious!” he said. “Her face was shiny and covered in freckles and her head looked like it was being ripped open and torn where the hair was rooted into the head.”
When asked if the toy resembled the actress, he said, “As for any resemblance to Emma…There really isn’t any.”
Several Twitter users echoed Herrington’s impressions of the Belle doll, with some comparing it to Justin Bieber, Jennifer Garner and Caitlyn Jenner. “When you order an Emma Watson doll online but a Justin Bieber doll in a yellow dress and a wig arrives instead,” one user tweeted.
Aside from Watson, the Bill Condon-directed movie stars Dan Stevens, Ewan McGregor, Kevin Kline, Josh Gad and Luke Evans.
“Beauty and the Beast” will deliver joy to Disney fans starting March 17. Gianna Francesca Catolico
LOOK: All eyes on Belle, Beast in ‘Beauty and the Beast’ mag pic
LISTEN: Emma Watson sings as Belle in ‘Beauty and the Beast’ 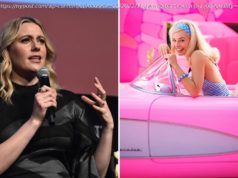 Greta Gerwig was ‘terrified’ that ‘Barbie’ film would kill her career 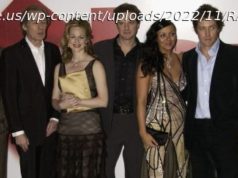 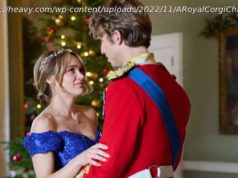 How to Watch ‘A Royal Corgi Christmas’ Movie Online for Free