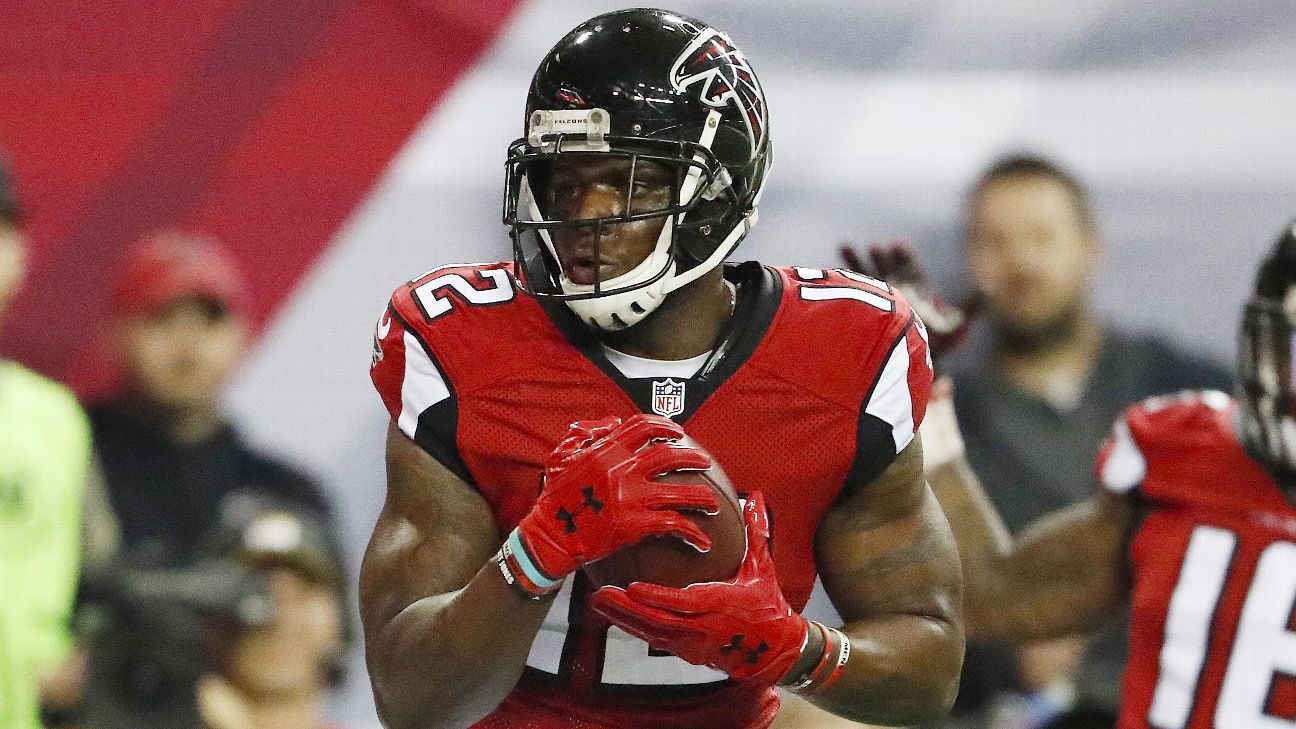 ATLANTA — During a timeout with 4:10 left in the third quarter Sunday, chants of “M-V-P, M-V-P” rang loudly throughout the Georgia Dome.
Atlanta Falcons quarterback Matt Ryan seemed oblivious to the roars as he huddled with his teammates and clapped his hands, ready to move on to the next play. But certainly he had to be moved by the respect and appreciation displayed by the home crowd.
Ryan certainly did nothing but boost his MVP candidacy with yet another masterful performance. He completed 17 of 19 passes for 235 yards and four touchdowns in the first half to stake his team to a 35-13 halftime lead en route to a 38-32 triumph over the rival New Orleans Saints.
“Feels pretty good,” Ryan said of the MVP chants. “That was nice of our fans to do that. It was a pretty cool moment out there today. It felt really good.”
The win means the 11-5 Falcons secured the No. 2 seed in the NFC behind the Dallas Cowboys. A berth in the Super Bowl is a legitimate possibility with the way the offense is clicking.
“I think the most important thing is we’ve given ourselves a chance,” Ryan said. “We have an opportunity in front of us now, and it will be fun.”
The Falcons now get a first-round bye, giving banged-up players such as Julio Jones (toe), Taylor Gabriel (foot), and Vic Beasley Jr . (shoulder) and an extra week to recover before the home playoff game in the second round. Beasley said he’s scheduled to undergo an MRI on Monday but sounded confident about playing through whatever pain is in his left shoulder.
• NFL playoffs coverage, schedule
• Statistics
• Scoreboard
• Complete 2016 schedule, results
• Standings
What Ryan & Co. did Sunday was show the rest of the playoff field, including the Cowboys and Patriots, just how unstoppable this offense can be. The Falcons scored touchdowns on their first five offensive drives, including a 7-yard touchdown pass from Ryan to Tevin Coleman , a Devonta Freeman 75-yard touchdown run and a 1-yard fade from Ryan to Jones. Ryan, who completed 27 of 36 passes for 331 yards, fell just 56 yards shy of reaching 5,000 for the season but still set a new franchise record regardless (4,944).
The Falcons entered Sunday’s game averaging a league-best 33.5 points per game. Counting Sunday, they scored 35 or more points in eight games this season and won all eight. Five of those games were 40-point efforts. Score 40-plus in the playoffs and the Falcons just might find themselves in Houston for the Super Bowl.
Winning the MVP would be a nice way for Ryan to cap his magical season, but he couldn’t care less about individual honors. All he has talked about all season is wins, and his arm helped the Falcons reached 11 wins for the first time since 2012.
And the fact the defense surrendered 32 points to the Saints and gave up three fourth-quarter touchdowns only emphasized why the Falcons need to score, and score, and score. The defense has shown progress but still has lapses, probably attributed to youth.
The way things are lined up now, the Falcons just might get a rematch with the No. 3 seed Seattle Seahawks , the team they lost to 26-24 in Week 6. But the Falcons are a much better team now.
The offense has been good all season long, thanks to Ryan.