Music can mean different things to different people. For Anna Drubich, her compositional work offered a way to connect with her Jewish antecedents.
The now-Los Angeles-based 32-year-old composer was born in Moscow and, despite her Jewish genes, says there was not too much in the way of religion or heritage around in her formative years.
Be the first to know – Join our Facebook page.
“Although I was born Jewish, I was raised in a non-religious family and therefore working on Kaddish felt like rediscovering my origins and going back to my roots,” she notes.
Kaddish was given a glittering airing at the prestigious Vivacello, the International Cello Festival at the Tchaikovsky Concert Hall in Moscow, last November, with the support of the Genesis Philanthropy Group. The 11-minute work featured Drubich’s husband, Evgeny Tonkha, on cello, supported by Tibetan singing bowl, timpani and strings.
Drubich’s own hands-on introduction into the mystical and magical world of music took place almost a quarter of a century ago, when she began taking piano lessons at the age of eight. She studied under celebrated Georgian pianist Eliso Virssaladze at the Moscow Chopin Music College from 1998 to 2002, before spending six years at the University of Music and Performing Arts Munich, earning bachelor’s and master’s degrees in the process, under the aegis of Professor Franz Massinger.
Despite making good progress as a performing musician, a few years down the line Drubich opted for a change of professional tack.
“I decided that I would be happier composing music rather than playing at recitals,” she explains. The career move was prompted by a realization that were quite a few talented fish in the sea around her, and she didn’t particularly fancy swimming upstream for the rest of her working life.
“I was in a very prestigious competition which went on for something like a week. Every day there would be pianists playing from morning until the evening,” she recalls. “I played on the first day and, at some stage during the week, I decided I should probably go and listen to some of the other people in the competition.”
It was something of a rude wakeup call.
“The order of the pianists was alphabetic and I saw that there were lots of Korean pianists whose last name was Kim. I decided there were too many pianists out there, and it was really hard to play so well.”
The keyboard’s loss is our listening pleasure’s gain.
Drubich had a pretty smooth entry into the world of composition, helped somewhat by an important family connection.
“There is a very famous Russian composer called Isaak Schwartz – he wrote the music for maybe 100 movies. My father [Sergey Solovyov] is a filmmaker and they were friends, and they worked together. At some point I decided I would like to have some lessons with him. I used to go to his country house near St. Petersburg and spend the summer with him, talking about music – the symphonies of Brahms and Bruckner – and looking at the scores.”
That was an excellent kickstarter to Drubich’s writing career, which she followed up with formal studies in Germany. She eventually made it over to the States.
“I went to a festival in Aspen [Colorado],” she says. In fact, Drubich was one of a select group of just five young composers, chosen from around the world, to spend a month in Aspen studying and composing with major Hollywood composers Jeff Rona, David Newman and Jack Smalley.
Besides gaining from the Tinsel Town professionals’ experience and expertise, Drubich also received some career pointers.
“I met composers from Los Angeles and they said I should go there, because that is where the industry is based.”
At the time, Solovyov was working on a new Russian big-screen adaptation of Tolstoy classic novel Anna Karenina and needed a helping hand with the score.
“My father heard me playing some stuff on the piano and asked what it was. I was just improvising something. He asked me to come over to the studio and said he’d show me the video [of the movie] and that maybe I could improvise something for the movie. It was a lot of fun. Then he asked me to write something for a waltz scene.”
Drubich’s soundtrack-writing career was duly up and running, and she has also put together a score for a six-hour documentary about Russian Jewry, which was also supported by Genesis. She finds time to create works for concert settings too. She says the two fields are very different.
“Writing music for concerts is healthier,” she notes. “It is challenging but you know, sometimes the story of a movie can be bad.
It’s kind of interesting because you can write amazing music for a bad movie, and nobody will care about the music. But if you write music for a great movie people will say the music is amazing, It’s a kind of win-win situation,” she laughs. “With concert music you’re very naked. It’s more challenging. It takes so much longer to write a concert piece.”
Kaddish came about following a sad personal event.
“The mother of my husband died and, one night, I woke up and just realized I was going to write Kaddish,” Drubich recalls.
“Because of my husband it was obvious that the piece was going to be for a solo cello and orchestra. It doesn’t follow the text of the prayer, it is a concert piece.”
Even so, the religious undertones to the work are unmistakable.
“It has Jewish motifs. You could say it is Jewish music but it is actually concert music.”
It is an evocative work which conveys high emotion, as well as Drubich’s steadfast connection with her rediscovered roots.
Relevant to your professional network? Please share on Linkedin
Think others should know about this? Please share
| | 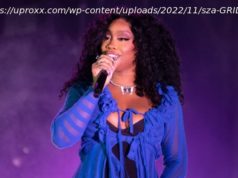 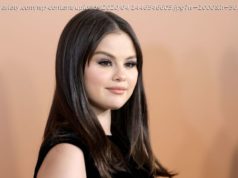 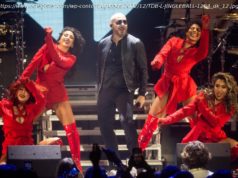