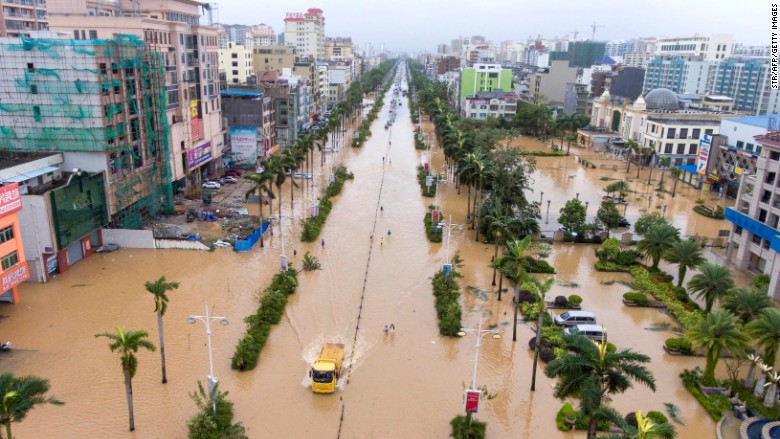 These disasters helped push the total damage caused by natural catastrophes to $175 billion in 2016, according to the German reinsurance firm Munich RE.
The global cost was the highest in four years. Only 30% of the losses — $50 billion — were insured, according to Munich RE.
The costliest disasters were in Asia. Two earthquakes in Japan combined to produce $31 billion in losses, while floods that struck China during the summer caused $20 billion in damage.
In North America, the costliest single event was Hurricane Matthew, which killed hundreds of people in Haiti and produced $10 billion in damage.