DETROIT — Rumors are swirling that a coaching change could be coming for the Boston Bruins, and Wednesday’s outcome hardly helped Claude Julien’s cause.
“It’s unacceptable what happened these last two games,” said star center Patrice Bergeron.
WHO: Blackhawks at Bruins
WHEN: 7 p.m. Friday
TELEVISION: NESN
In Detroit on Wednesday, the Bruins opened with a dominant 20 minutes – playing most of the first period in the Detroit end and claiming a 4-1 lead on two goals by Frank Vatrano, and one each by Brandon Carlo and Bergeron.
Then it all fell apart, as the Red Wings answered with three goals in the second period and went on to prevail 6-5 in a shootout, handing the Bruins their second straight devastating defeat.
How could the Boston coach explain his team’s being so good in one period, and then the opposite?
“We collapsed. It’s pretty obvious,” said Julien. “It was just one of those games, we didn’t get the save when we needed it, and we made some mistakes which gave them some chances. A lot of things went wrong after we took that lead.”
Goalie Tuukka Rask blamed himself for the loss, saying he should have stopped at least one or two of the shots that went in.
“I let in five goals in regulation and that’s obviously too much,” he said. “I’ve got to make a couple more saves. I wouldn’t say they were really weak goals, any of them. But I could have done something differently and stopped one or two of them.”
Yeah, but it wasn’t his fault the guys took their big lead and then shut down.
“I think maybe we got a little complacent,” Marchand said. “You knew they were going to get ripped after the first and they were going to come out hard.
“They did and we just weren’t ready for it. It seemed like every time we had a breakdown, they were scoring.”
Boston now faces a Friday date at home against the powerful Chicago Blackhawks. They’ll either find their game or fall out of the playoff picture, and perhaps find themselves with a new coach.
“You’ve got to play for 60 minutes,” Bergeron said. “You can’t take your foot off the gas pedal because teams are too good and they’re going to make you pay. That’s what they did. They took advantage of the chances we gave them in our zone.”
The Bruins know what they need to do to win. But not being able to do it for three periods is their flaw. Maybe their fatal flaw.
Tavares has seven goals in four games after scoring twice and then having an empty-net shot just deflected wide.
Jay Beagle, Brett Connolly, Marcus Johansson and Justin Williams also scored to help Washington earn at least a point for a 12th straight game.
Were you interviewed for this story? If so, please fill out our accuracy form
Send questions/comments to the editors. 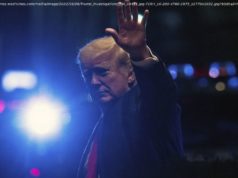 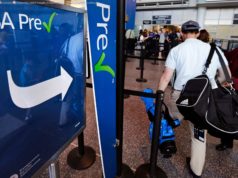 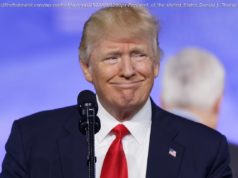