It’s good to be home. My fellow Americans, Michelle and I have been so touched by all the well-wishes we’ve received over the past few weeks. But tonight it’s my turn to say thanks.
Anders Behring Breivik in court for his appeal case in Borgarting Court of Appeal at Telemark prison in Skien, Norway. (Lise Aaserud/NTB Scanpix via AP)
Multimedia · User Galleries · News in Pictures Send us your pictures · Send us your stories
Skien — Norwegian mass murderer Anders Behring Breivik, who killed
77 people in a 2011 bomb-and-shooting rampage, told a court on Thursday that
his isolation in prison has hurt him, causing him to become even more radicalised.
The 37-year-old right-wing extremist, who has been held in solitary
confinement since being sentenced in 2012 to 21 years in prison, talked calmly
in court before a three-judge panel and complained that he had been forced to
strip naked in front of prison officials as frequently as five times a day.
Dressed in a black suit and tie, the stone-faced Breivik spoke
coherently without emotion, saying he agreed with government attorneys who had
warned that the self-proclaimed neo-Nazi had become more radicalised in prison.
“I have been damaged by the isolation … (and) radicalization
has been a consequence of it,” he said. “I have not been a little
hurt, I have been very damaged. ”
Breivik was speaking on the third day in a court case reviewing a
government appeal against a ruling that his isolation in prison violates human
rights.
Last year, Breivik sued the government, arguing that his solitary
confinement, frequent strip searches and often being handcuffed in the early
part of incarceration violated his human rights.
In a surprise decision, the Oslo District Court in April sided
with his claim, finding that his isolation was inhuman and degrading and
breached the European Convention on Human Rights, and ordered the government to
pay his legal costs.
But it dismissed Breivik’s claim that his right to respect for
private and family life was violated by restrictions on contacts with other
right-wing extremists, a decision that Breivik,
in turn, is appealing.
The government maintains that Breivik is dangerous and must remain
isolated from inmates in the high-security prison in Skien, where the appeals
case is also being heard.
Speaking before Breivik addressed the court, his lawyer Oystein
Storrvik said the control over his communications with the outside world
amounts to a “blatant breach of human rights,” arguing that frequent
censorship of his letters and long review periods means Breivik cannot keep
regular communication with people outside of the penal system.
Six days have been reserved for the hearings by the Borgarting
Court of Appeals in the makeshift courtroom in the gym of the prison in Skien,
135 kilometres south-west of the capital, Oslo.
A ruling is expected in February.
24.com encourages commentary submitted via MyNews24. Contributions of 200 words or more will be considered for publication. 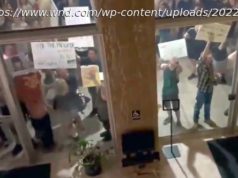 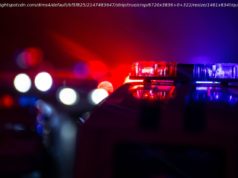