A prophet held for predicting Mugabe’s death says he has “no regrets” for making the prophecy, and 8-year-old son of Gambia’s Barrow has died after being bitten by dogs.
(iStock)
Multimedia · User Galleries · News in Pictures Send us your pictures · Send us your stories
Maiduguri – A Nigerian Air Force fighter jet on a mission against Boko Haram extremists mistakenly bombed a refugee camp on Tuesday, killing more than 100 refugees and wounding aid workers, a Borno state official said.
A Red Cross worker said 20 volunteers with the aid group had been killed.
The state government official, who was helping to coordinate the evacuation of wounded from the remote area by helicopters, spoke to The Associated Press on condition of anonymity because he was not authorised to speak to reporters.
Military commander Major General Lucky Irabor confirmed the accidental bombardment in northeast Rann, near the border with Cameroon.
This is believed to be the first time Nigeria’s military has admitted to making such a mistake.
Among the wounded were two soldiers and Nigerians working for Doctors Without Borders and the International Committee of the Red Cross, Irabor said.
An ICRC employee told the AP that 20 Red Cross volunteers were among the dead.
He spoke on condition of anonymity because he was not supposed to give information to reporters.
Doctors Without Borders said its team based in Rann had counted 50 bodies and treated 120 wounded.
A statement from spokesperson Etienne l’Hermitte urged authorities to facilitate land and air evacuations, saying, “Our medical and surgical teams in Cameroon and Chad are ready to treat wounded patients. We are in close contact with our teams, who are in shock following the event. ”
Irabor said he ordered the mission based on information that Boko Haram insurgents were gathering, along with geographic coordinates. It was too early to say if a tactical error was made, he said.
The general, who is the theater commander for counterinsurgency operations in northeast Nigeria, said the Air Force would not deliberately target civilians but there will be an investigation.
Villagers in the past have reported some civilian casualties in near-daily bombardments in northeastern Nigeria.
Some of the nearly 300 Chibok schoolgirls kidnapped by Boko Haram in 2014 and freed last year have said three of their classmates were killed by Air Force bombardments, according to the freed girls’ parents.
24.com encourages commentary submitted via MyNews24. Contributions of 200 words or more will be considered for publication. 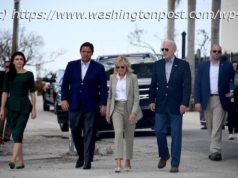 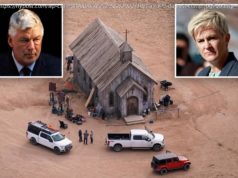 Alec Baldwin ‘Rust’ settlement will have ‘no impact’ on criminal case: DA 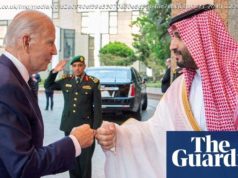