PLEASE NOTE:
MyNews24 is a user-generated section of News24.com. The stories here come from users.
Andre Andy Huisamen
Comments: 0
Article views: 26
Latest Badges:
Beginner
Awarded after your first article is published on MyNews24. You’ve got nine more to go to reach the next level!
View all Andre Andy Huisamen’s badges.
On the frontline of the Chinese football empire 20 January 2017, 15:53
When things happen in China, with a population of 1,4 billion people, they happen fast. Money has been a major part of football since the turn of the century 17 years ago, with most investments heading into the big branded clubs of the English Premier League. Some of these investments by wealthy individuals and companies have helped clubs off the ground to become dominant forces in both the English league, as well as European competitions, but now there is a new investment competitor on the table, The Chinese Super League.
This league has one goal and one goal only; try to attract the world’s top footballers to go play in the Chinese league at whatever cost, literally at whatever cost. The only problem with this league and its money is that players don’t really know when the right time is to join the clubs in China. To get players to leave major clubs in Europe takes some negotiation that involves the offer of a huge amount of money, much bigger than the normal traditional contract offers in Europe. The catch, however falls in the age of the players that have joined the Chinese Super League thus far. Players who have been considered over the wall or a bit too old for their current football environments have especially been the targets for these Chinese clubs, but now younger players are also being labelled into the league, because of the money, but the image painted of them are that they are also too old now and at the end of their careers. The money draws the player but environment or competition is regarded as less intense or less tough, compared to European or South American competition, so it is seen as the last stint of the player’s career.
Three years ago former England manager, Sven Goran Eriksson “struggled” to sign a player like Shola Ameobi for his club at that time, Guangzhou R&F, but last year Eriksson managed to sign Brazilian striker Hulk from Zenit St Petersburg for his new club, Shanghai SIPG, for a staggering 46million pounds. Other famous players currently under big contracts in China are Ezequiel Lavezii, Ramires, Pappis Cisse, Gervinho, Asamoah Gyan, Graziano Pelle, Oscar and Demba Ba, all players that have mostly been forgotten by the football audiences, but also players that were once in the lime light of English or European football.
Former Argentinian forward and another familiar face to English football, Carlos Tevez, recently signed a wopping 71, 6million pound deal for Shanghai Shenhua, earning 615, 000 pounds a week, the most by any player EVER in football; another “old” player. Bayern Munich star, Arjen Robben earlier this week said: “A transfer to China is basically acknowledging your career is over”, emphasizing the trend that is currently set by the CSL. What shock the world most was the bid by a Chinese club for the great Christiano Ronaldo in December. Ronaldo’s agent Jorge Mendes revealed the club offer Ronaldo an unthinkable contract of 257million pounds, an amount above all thoughts and expectations of any contract ever to be offered in the game. Funny enough, Ronaldo declined the offer to stay at Real Madrid.
British newspaper, The Sun, did a story in December on the Ronaldo offer and labelled it as a “Chinese Crisis” for the famous English Premier League as the Chinese Super League quoted that ‘we can sign who we want, when we want’ indicating the bottomless pit of money that will draw more and more player to the league in the future. This trend is most likely to change as younger players would become interested in the money that could spell big danger for the famous leagues in Europe, especially the Premier League.
– MyNews24
Get Published!
UPLOAD
Click here
to upload
your article Click here
to upload
your photo Click here
to upload
your video
Disclaimer: All articles and letters published on MyNews24 have been independently written by members of News24’s community. The views of users published on News24 are therefore their own and do not necessarily represent the views of News24. News24 editors also reserve the right to edit or delete any and all comments received.
Follow us
on Twitter | Become
a fan on Facebook | Read our Comments Policy 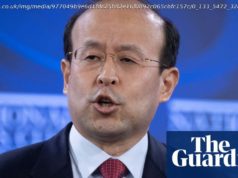 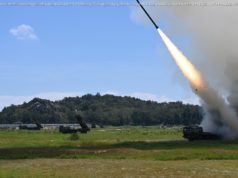 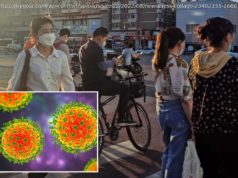 China warns of new virus that has sickened 35 people