WASHINGTON (AP) — President-elect Donald Trump’s pick for health secretary said Wednesday that the health care system is losing focus on patients, its first priority, and he offered assurances that the new administration is not planning to launch into a Medicare overhaul.
Rep. Tom Price, R-Ga., testified before the Senate Health, Education, Labor and Pensions at the start of a confirmation process that’s expected to be highly contentious.
He answered “absolutely not,” when asked if the incoming administration intends to tackle Medicare while trying to repeal President Barack Obama’s health care law and replace it with a GOP version.
As for the coverage goal of a new health law, Price said no one is interested in pulling the rug out from under any American.
The committee chairman, Sen. Lamar Alexander, R-Tenn., praised the selection of Price, an orthopedic surgeon-turned-lawmaker, to head the Department of Health and Human Services. But the committee’s top Democrat, Sen. Patty Murray of Washington state, said she has “serious concerns” about Price’s qualifications.
With coverage for millions of people at stake, Price is facing pointed questions about President-elect Donald Trump’s health policies — and his own investments in health care companies.
Price is largely a known quantity on Capitol Hill, but Trump’s bottom line on health care remains a mystery for Democrats and Republicans alike. While Trump campaigned on repealing Obama’s law, at times he’s sounded more like a liberal. For example, he made recent comments about providing insurance for everyone and taking on the drug companies.
Trump said in an interview aired Wednesday on Fox that his approach would offer coverage through private insurers for people who cannot afford it.
“Nobody is going to be dying on the streets with a President Trump,” he said. Trump offered no details. He said his plan would “probably” turn Medicaid over to the states in the form of block grants to cover low-income people.
Price, 62, represents Atlanta’s northern suburbs and leads the House Budget Committee. A budget hawk and a social conservative, he drafted his own plan to replace Obama’s health law. It would have saved taxpayers money but covered fewer people, according to an outside analysis.
Democrats want to know more from Price about the impact of Trump’s plans to repeal and replace the Affordable Care Act, now providing coverage for about 20 million people.
They also planned to focus on Price’s investments, which have prompted questions about potential conflicts of interest and calls for a Securities and Exchange Commission investigation of possible insider trading.
Last week, Price signed a government ethics agreement pledging to sell his stocks, but that didn’t stop the questions. The latest controversy involves Price’s purchase last year of stock in Zimmer Biomet, a major medical device manufacturer. The acquisition came around the same time that Price introduced legislation to suspend Medicare rules seen as problematic for such companies.
“This isn’t a witch hunt. These are serious and disquieting allegations,” Senate Democratic leader Chuck Schumer of New York said Tuesday.
Trump transition team spokesman Phillip Blando said the Zimmer Biomet purchase was directed by Price’s stockbroker as part of ongoing management of the congressman’s investments. The spokesman also said Price had no advance knowledge and had not directed the broker to consider the company. Government records show that Price was notified about the purchase more than a week after he offered the legislation. His spokesman said Price had been working on the bill for months.
Republican senators are closing ranks behind Price on the ethics questions, but they want him to provide a better sense of Trump’s ultimate objectives on health care. Over the weekend, the president-elect told The Washington Post that he is close to having a plan that will provide insurance for everybody and lower some costs. That surprised many on Capitol Hill, where Republicans are still looking for a path.
The department Price would lead has a $1 trillion budget and about 80,000 employees. It runs major health insurance programs, including Medicare, Medicaid and HealthCare.gov. Price would also be ultimately responsible for the Food and Drug Administration, the National Institutes of Health and the Centers for Disease Control and Prevention.
Generally, Republicans want to overhaul the health care system to shift a greater financial responsibility and risk to individuals. They argue that would help create a genuine market for medical care, leading consumers to demand lower prices for services.
Republicans would loosen many Obama-era regulations on insurers, such as limits on how much older customers can be charged, and requirements that certain benefits be covered. They would cap the tax-free status of employer-provided health insurance. And Price favors limitations on jury awards in malpractice cases.
comments
Need a break? Play a quick game of solitaire or Sudoku. Or take one of our fun quizzes!
See photos of past presidential inaugurations. 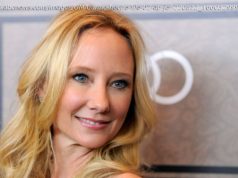 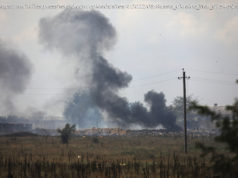 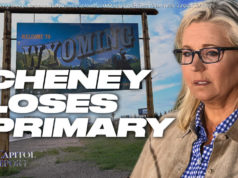