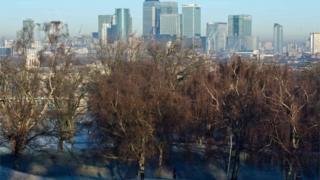 Productivity, or more precisely the lack of productivity, is one of the great puzzles of the British economy at the moment.
Productivity growth since the credit crunch has been dreadful and that matters, because unless we make more and work more efficiently we cannot pay ourselves more.
In an attempt to understand what is going wrong, the Office for National Statistics (ONS) is bringing all its productivity statistics together and conducting new research. It throws up some interesting details and possible explanations about what is going wrong.
Output per hour worked increased by 0.4% in the three months to September last year, that is an improvement but according to (ONS) economist Richard Heys: “It is still weak compared to that experienced in the recent past. ”
Part of the reason for low productivity lies in Britain’s regions. While London and south-eastern England have productivity well above the national average and equal to the levels seen in rival economies like France and Germany, the rest of the country lags behind.
Tower Hamlets, which includes the financial district of Canary Wharf, is the most productive part of the country, a huge 79% more productive than average.
Powys in central Wales is the least productive and, overall, Wales and Northern Ireland have productivity levels 19% below the national average.
The only towns in the country that have above average productivity are London, Aberdeen (centre of the off-shore oil industry) and Bristol (a high tech and aviation industry hub).
The least productive city is Sheffield, once home to a huge steel industry but now lagging well behind; Sheffield is 19% less productive than the national average.
This part of the productivity puzzle is perhaps the best understood. The most productive industry is finance and that is concentrated in London, while many regions suffer from poor infrastructure and communications and have never recovered from the loss of major parts of their economy in previous decades: mining, heavy engineering, ship building and many more.
Perhaps more interesting, is new research by the ONS into the efficiency of family-owned and run manufacturing firms.
That found well-structured management practices were better among larger businesses, multinationals and family-owned businesses that were not managed by members of the owning families. To put it bluntly the management of family-run firms (which make up more than half of all manufacturing companies) is awful.
Even a small improvement in management would see a huge boost in productivity in such businesses.
At first sight this might seem strange, but there is a fairly obvious explanation.
What are the odds that the best-qualified and most competent person in the world to run a business just happens to be the son or daughter of the current boss?
As one economist has put it, this is like selecting the children of previous gold medallists to be members of the country’s next Olympic team, rather than picking the best athletes.
There is also the issue of how such companies will attract top staff if they know nepotism means they will never make it to the top, which helps explain why the handling of promotions was one of the issues most associated with productivity.
Solving the productivity gap in the UK will not be an easy job, certainly better regional policies would help, but just convincing family- run firms to appoint competent outsiders to run their business would also have a huge effect. 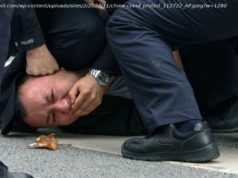 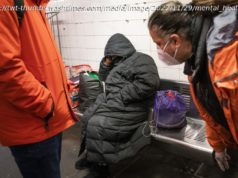 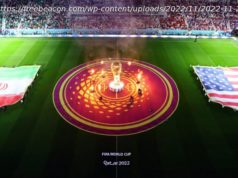