WASHINGTON, Jan. 10 (UPI) — The United States’ ground-based interceptors, capable of shooting nuclear-tipped missiles, are not yet completely reliable, according to the Pentagon.
The Pentagon assessment is identical to the report it issued in 2016, an indication very little has changed in terms of results. It also is at slight odds with a recent statement from the U. S. State Department that the United States is on a “good trajectory” to defend against North Korea ballistic missile threats.
The $36 billion system, developed to deter incoming strikes from countries like North Korea, has shown a “limited capability to defend the U. S. homeland from small numbers of simple” intercontinental ballistic missiles, Bloomberg reported Monday.
But Vice Adm. James Syring, who directs the Missile Defense Agency, said Monday he has “high confidence” in the network of radar, communications and missiles based in Alaska and California.
The Pentagon plans to intercept a dummy missile between April and June 2017, the first test of its kind since June 2014.
If the test is successful, the results may support a tweeted pledge from President-elect Donald Trump that he could stop a North Korea provocation.
Last week Trump tweeted , “North Korea just stated that it is in the final stages of developing a nuclear weapon capable of reaching parts of the U. S. It won’t happen! ”
The planned test will aim to take down an incoming target that will for the first proximate the speed, trajectory and closing velocity of an actual ICBM, according to Syring.
The ground-based interceptors are located at Fort Greely in Alaska and Vandenberg Air Force Base in California.
Boeing manages the system. 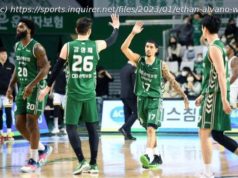 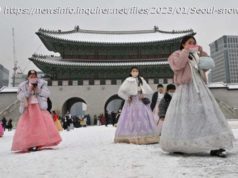