NEW YORK (CBSNewYork) — Tom Coughlin didn’t land the Jaguars’ head coaching job, but he is returning to his former team.
Jacksonville has hired Coughlin as its executive vice president of football operations, ESPN’s Adam Schefter reported Monday. The Jaguars also have reportedly hired Doug Marrone as their head coach, a position for which Coughlin interviewed.
Coughlin coached the expansion Jaguars from 1995-2002, leading the team to the AFC championship game in just its second season. He then spent 2004-15 with the Giants, where he won two Super Bowls.
He resigned after the 2015 season, the franchise’s third straight losing campaign and fourth consecutive year without a playoff appearance.
In 20 NFL seasons, Coughlin has a record of 170-150. He ranks 14th all-time in the NFL in wins.
Coughlin has spent this season as the NFL’s senior adviser to football operations, but the 70-year-old has said repeatedly he hoped to coach again. He interviewed last season for the Philadelphia Eagles’ and San Francisco 49ers’ head coaching vacancies.
A Bronx native, Marrone, 52, spent most of the past two seasons as the Jaguars’ assistant head coach and offensive line coach. He took over as interim head coach for the final two games after head coach Gus Bradley was fired.
Marrone was the Buffalo Bills’ head coach from 2013-14. He went 6-10 his first season and 9-7 his second before opting out of his contract.
Marrone coincidentally interviewed to replace Coughlin with the Giants after last season.
The Jaguars also gave general manager Dave Caldwell a two-year contract extension, the Associated Press reported. 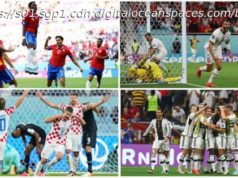 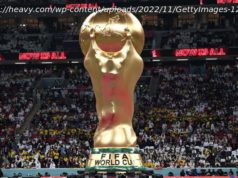 World Cup 2022: Qatar Is Accused of ‘Sportswashing’ But Do the Fans Really Care? 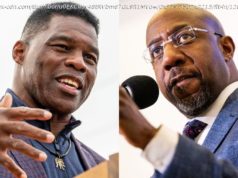 The high stakes and unique weirdness of the Georgia Senate runoff, briefly explained