Near the corner of West White Street and Laurel Street in Rock Hill sits the former textile mill that now is contributing nothing to the local tax base.
It doesn’t provide homes to anyone, nor does it provide office space for potential employees.
But to the city and several local developers, it provides an exciting opportunity to expand tourism and strengthen ties with nearby Winthrop University , while providing locals with trendy new shops and restaurants.
That’s the power of tax credits, according to Stephen Turner, executive director of the Rock Hill Economic Development Corporation.
“There’s a big market out there,” Turner said. “It really helps to have big investors invest in a project, and it helps them get on board.”
Turner was a key crafter of one such tax credit ( the South Carolina Textiles Communities Revitalization Act ) that creates incentives for developers to renovate abandoned textile mill sites in South Carolina.
State and federal governments create tax incentives to protect and revitalize historic buildings or sites. The idea is to give developers a deal so they can turn an abandoned piece of land into new commerce.
And in several situations, developers can combine different incentives to save more money.
Several developers, including local principals Skip Tuttle, Gary Williams and Greg Parsons, are taking advantage of the federal and state Historic Preservation Tax Incentives and the textiles revitalization act to help fund their renovation of the 23-acre Bleachery site near downtown Rock Hill.
For historic buildings determined to be certified historic structures by the National Park Service, the federal tax incentive can climb as high as 20 percent of the investment. The textiles revitalization act offers 25 percent credit , either against real property taxes or state income tax.
Essentially, developers can then sell the tax credits to banks or insurance companies for liquid money. Then, principals can use that outside money to pay for the rehabilitation project.
Tuttle says Williams, who was instrumental in renovating the Cotton Factory into the home for his Rock Hill collection agency Williams & Fudge, deserves the most credit for starting the redevelopment of the city’s textile corridor.
The Cotton Factory, built in 1881, was the first steam-powered textile mill in South Carolina.
“(Williams’) experience… has everything to do with making this thing work,” Tuttle said. “We probably couldn’t make the numbers work if we didn’t have (the tax credits.) It allows us to reduce the cost of how we do work and allows us to save a considerable amount of money in the reconstruction.”
The latest effort, led by local developers and master developer Sora-Phelps, is seeking to bolster Rock Hill’s image as a sports tourism destination in the Southeast.
Workers will spend most of 2017 renovating the Lowenstein Building, as well as the adjoining 1939 building, as a prelude to University Center construction.
The site was once known as the Rock Hill Printing & Finishing Co. and employed one of every five workers in Rock Hill at its height of operations. The plant bleached, dyed, printed and finished cloth.
The full renovation price tag is about $45 million for the area including the Lowenstein Building and the 1939 building, Tuttle said.
The University Center area is an extension of the Knowledge Park project. The city is hoping the investment and development will serve as a bridge between the Winthrop University campus and the downtown business district.
The finished product at University Center, developers say, will include a hotel, apartments, a market pavilion, retail space, student housing, and a 140,000-square-foot sports complex .
The sports complex can serve more than 50 different sports and activities, according to officials, including basketball and volleyball.
“There’s one promoter that wants to book the facility for multiple weekends a year and bring 220 teams every time,” Tuttle said of the economic impact. “That’s 10 kids per team, and their parents and grandparents.”
But the first step lies in the Lowenstein Building. Members of the Rock Hill City Council, including Mayor Doug Echols, toured the area last week where most of the cleaning has recently finished. Workers have sandblasted lead paint and removed asbestos.
Builders will need to measure, fit and replace every single one of the 25,000 window panes on the Lowenstein Building site in order to stay within the boundaries of the rules laid down by the National Register of Historic Places.
Rock Hill leaders have long said how the revitalization program can stand to bring jobs and commerce back into York County.
Tuttle said the project is a boon for Winthrop, as it creates a “walkable environment that Rock Hill hasn’t had.”
Developer Dave Williams also used tax incentives to help attract new investment at the Riverwalk community in Rock Hill. The 1,008-acre community features hundreds of homes along the Catawba River.
“We can typically put them on the table as a potential user is looking at a competing site that has lower development costs or land price,” he said, “and use it to equalize any costs that will compete against using our project.”
According to state estimates, the textile mill tax credit has helped to preserve more than 40,000 historic properties since 1976. 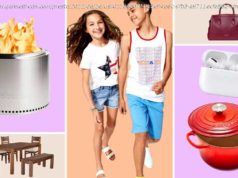 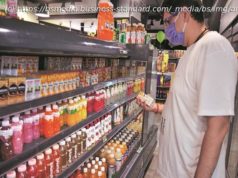 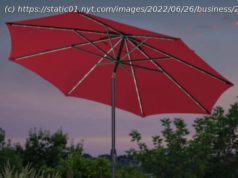