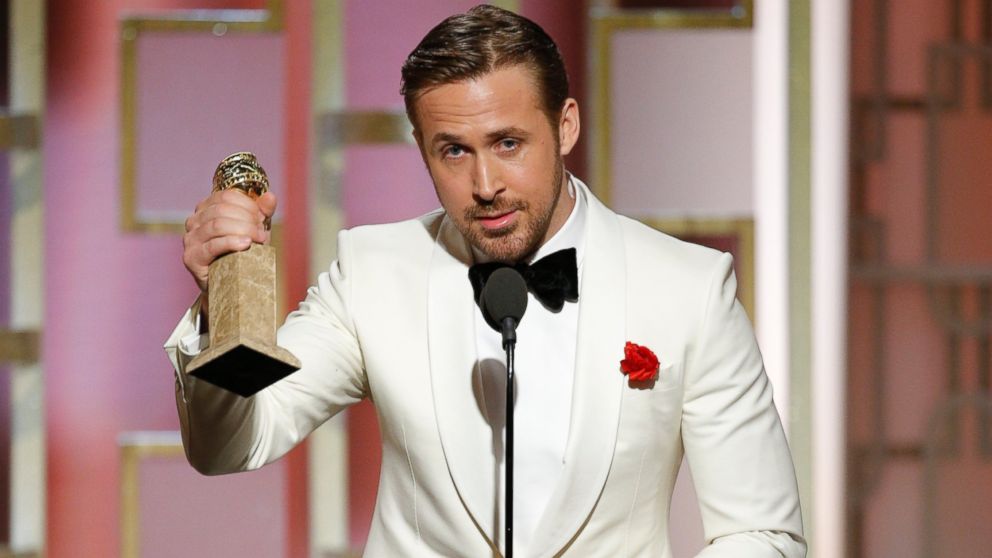 When Ryan Gosling accepted the Golden Globe Award for his role in “La La Land” Sunday night, he dedicated it to two very important people in his life.
In a very solemn acceptance speech for best actor in a motion picture, musical or comedy, Gosling dedicated the award to his “lady,” actress Eva Mendes , and her late brother, who recently passed away from cancer .
“My lady was raising our daughter, and pregnant with our second, and trying to help her bother fight his battle with cancer,” Gosling said. “If she hadn’t taken all that on so I could have this experience, it would surely be someone else up here. “
“La La Land” led the nominations in the 74th annual Golden Globe Awards this year with seven.
After recognizing his two daughters with Mendes by name, Esmeralda, 2, and Amada Lee, 8 months, he then dedicated his award to the memory of Mendes’ late brother, Juan Carlos Mendes.
Gosling and Mendes have been together since 2011.
Last summer, he told ABC’s “Good Morning America” that living with three women was “heaven. “
“It’s like walking through a field of flowers every day. I live with angels,” Gosling said back in May. “It’s a ray of sunshine in a dark time. “