The Palm Springs Convention Center was atwitter Monday evening as movie stars, Hollywood moguls and cinema aficionados filed inside for the start of the 28th annual Palm Springs Film Festival opening night gala, which kicks off the buzzy 12-day desert fest, a key stop on the Oscar season trail.
Glitz and glamour filled the decked-out, floral-filled room, with stars honored for their performances in 2016 films favored for serious Academy Awards contention.
While accepting the Career Achievement Award, “20th Century Women” star Annette Bening declared, “acting is the work of intimacy.” Given that collective closeness, it was only fitting that Ryan Gosling , who accepted the Vanguard Award for “La La Land” alongside director Damien Chazelle and composer Justin Hurwitz , took a moment to acknowledge the recent passing of Debbie Reynolds , crediting her performance in “Singin’ in the Rain” as a major artistic influence in the creation of Chazelle’s 2017 nod to old Hollywood musicals.
“I wish I could have said this in person but I’d like to thank Debbie Reynolds,” said Gosling. “Her work is an inspiration.”
“Entertainment Tonight” alum Mary Hart hosted the event, with PSIFF chairman of the board Harold Matzner on hand to welcome the guests, who dined on short ribs and a dessert aptly named “At the Movies” on the menu: vanilla panna cotta, topped with crunchy Milk Dud chocolate mousse, caramel corn and movie candies.
“Loving” director Jeff Nichols and actor Joel Edgerton presented Ruth Negga with the Rising Star award for her lead role in Nichols’ historical drama, chronicling the landmark 1967 Supreme Court case that made interracial marriage legal in the United States. Edgerton praised Negga’s “perfect” performance, describing her as “truth where the ‘t’ is silent.” In turn, Negga called Edgerton “the most excellent partner in this endeavor.”
Janelle Monae expressed similar love and admiration for Breakthrough Performance award recipient Mahershala Ali , Monae’s fellow cast member in both “Moonlight” and “Hidden Figures.”
“Mahershala humanized his character in a way that we have not seen before onscreen,” said Monae of Ali’s role in “Moonlight.” Ali, who toiled for over two decades as a relative unknown in films such as “The Place Beyond the Pines” and television’s “Treme” and “House of Cards,” thanked his father, himself an actor, for teaching him the value of “hunger, patience, persistence … and introducing me to the arts and the inherent struggle.”
It was an “emotional” night for “Lion” actress and International Star Award recipient Nicole Kidman , who last attended the gala 12 years ago, and waxed nostalgic about having taken as her date her “papa who was alive then.” She shared words of wisdom from her “Eyes Wide Shut” director, the late Stanley Kubrick, who told Kidman, “You are a character actress. You must find characters to play.”
“I took his advice,” said Kidman, “and I want to find characters — that is my drive, to find the great character roles.”
Exclusive Portraits From Palm Springs Film Festival Awards Gala
Other highlights of the night included the acceptance speech of “Jackie” star and Desert Palm Achievement Award (Actress) recipient Natalie Portman , who relayed a moving, poignant story about her near penniless grandmother emigrating from Eastern Europe to Palestine before Israel gained statehood in 1948 and she was forced to share one dress with her roommate; Sir Ben Kingsley feting Casey Affleck with the Desert Palm Achievement Award (Actor) for his devastating turn as an alcoholic janitor in “Manchester by the Sea,” a movie, said Affleck, “about showing up for the people we love”; and Spotlight Award honoree Andrew Garfield (“Hacksaw Ridge”), who thanked Icon Award honoree Tom Hanks for being his primary inspiration in becoming an actor.
“There’s a man in the room responsible for me becoming an actor and he doesn’t know it,” said Garfield. “I can’t express in words what your work in ‘Big’ and ‘Joe Versus the Volcano’ did for me. I bow very deeply to you.”
Later in the evening, “Hidden Figures” producer Pharrell Williams cued the audience to “make some noise for the female achievements” and “Arrival” star Amy Adams , honored with the Chairman’s Award, called director Denis Villeneuve “a visionary, a compassionate and generous director who elevates everyone around him.”
Accepting the Icon Award, Hanks was quick to quip about the gala’s lengthy running time.
“It’s been a long night for any 501c,” joked the “Sully” star, who went on to thank the producers, directors, costume designers, and screenwriters with whom he’s worked over the span of his Oscar-winning career, before personally thanking Garfield, “who finally saw to it that Palm Springs International Film Fest shows some love for ‘Joe Versus the Volcano.’” 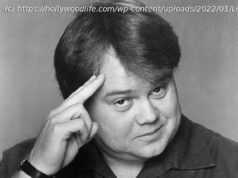 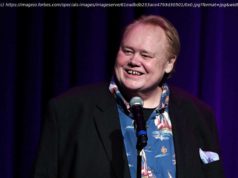 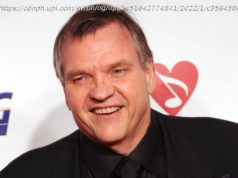