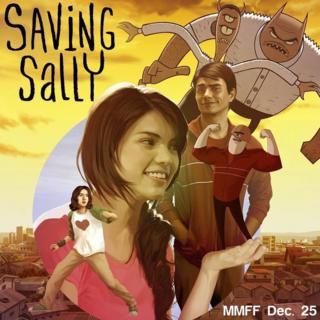 It’s a tale of unrequited teenage love terrorised by giant animated monsters in the chaotic streets of Metro Manila.
Saving Sally tells the story of Marty, a young aspiring Philippines comic book artist, played by Enzo Marcos.
He falls in love with his best friend Sally, a gadget inventor – portrayed by Filipina actress Rhian Ramos – who is also the centre of Marty’s universe.
The story quickly unfolds with stunning cartoons which tell the story of Marty’s lonely world.
Like every love story, there are numerous complications and challenges for the hero.
Namely defending the love of his life from a beastly rival and her difficult parents, who take the form of monsters because to Marty, that is simply what they are.
“Sadly, Marty also has the innate ability to do nothing about everything despite his vivid fantasies of defending Sally from the big bad world,” described the film’s director Avid Liongoren.
While it has been described as a “typical teen movie about love, monsters and gadgets”, the film also touches on serious issues prevalent in Philippine society.
“On the surface, it’s a fun and straightforward love story, with good laughs and visual gags that reference Filipino as well as Western pop culture,” said screenwriter Charlene Sawit-Esguerra , who wrote and conceptualised the film.
“But it also touches on darker themes like physical abuse and escapism. ”
After an arduous 10-year journey and a series of setbacks, the team’s efforts paid off. Saving Sally gained an entry into the 2016 Metro Manila Film Festival (MMFF).
The annual festival serves as an outlet to better promote local talent in the Pinoy film industry. But the MMFF sadly still could not save Sally.
The humble film was not widely shown in local cinemas.
Its creators said the answer could lie in the nature of the domestic cinema industry.
Largely unregulated, Philippine cinemas have built a notorious reputation for favouring commercial successes movies like Hollywood blockbusters and “manufactured” romance dramas.
“They pick the films that they think people will watch. So it is more of a perception that since ours is a small, non-studio film, no-one would want to watch it,” explained Mr Liongoren.
Ms Sawit-Esguerra said “demand” was often a deciding factor before a film could be considered for screening.
“Theatre owners here think that local audiences will only watch films starring big-names and A-list stars, produced by major studios. Saving Sally has neither,” she said.
“Because of this, many cinemas don’t want to take the risk and would rather see how audiences responds to our movie first. ”
To film critic Oggs Cruz, another problem with the film lay in its animation, the very thing that its makers fought so hard to create.
“While most Filipinos enjoy animated films, the animated aspect in Saving Sally doesn’t favour its commercial ability,” he told BBC News.
“It is an adjunct of the main characters and I don’t think it has any effect in its marketability. Sadly it won’t entice children or adults. ”
“A lot of Filipinos are proud of their heritage but ironically, they would rather watch the latest Star Wars movie than support local film festival entries.
“It’s a losing situation for the film makers whose work will get pulled out for more commercially viable movies that will earn more money. ”
The show’s creators turned to the power of social media and launched an online campaign to save Sally, calling on audiences to contact theatre owners demanding they screen the film.
“Let your voices be heard. Please help us make noise and reach out,” read a Facebook post on the movie’s official page which drew close to 50,000 reactions and was shared more than 10,000 times.
Thousands of curious Facebook users and fans began to show their support for the film by leaving comments and writing posts using the hashtags #ShowSavingSally and #ImSavingSally .
“It was worth the wait and our money. Great storytelling and amazing animation – good job,” gushed Dicay Galvez from Makati city who shared his joy in finally being able to catch the film.
“I cannot imagine the love and passion that went into this film, it may be a typical love story but the entirety of the movie itself is a work of art,” wrote Ace Antipolo in an Instagram post .
“Big movie companies in the Philippines just don’t put this kind of effort anymore but the efforts of a small group of people who worked for 10 years just to complete this beautiful masterpiece will be cherished forever. ”
“I guess business is business but I just don’t understand why some cinemas saved spots for other movies over Saving Sally. Please show it in Bacolod,” said Fraire Acupan.
Given its animation-meets-real life component which plays out heavily, and its slacker hero, Saving Sally has drawn comparisons with popular 2010 geek sleeper hit Scott Pilgrim vs. the World .
But will Sally see a similar indie cult following to that which Scott Pilgrim enjoyed?
Its makers said the public response “has been incredible” and fan demand played a crucial role in boosting the film.
Saving Sally was shown on around 50 screens to begin with, but was expected to close at 86 screens.
“Theatres have relented to the barrage of messages from Filipino youngsters wanting to see our film,” said Mr Liongoren.
Ms Sawit-Esguerra said: “Saving Sally surpassed what it was expected to earn, according to Industry experts. It also made it to the top four of the festival films based on how it did at the Philippine box office. 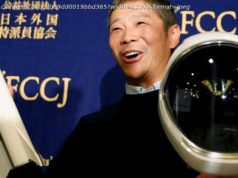 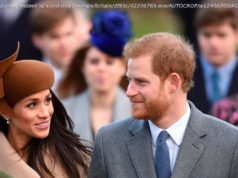 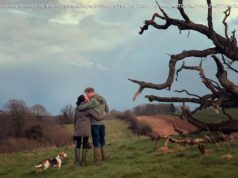