January 8, 2017
— SeaWorld San Diego will display its most popular show featuring killer whales for the final time on Sunday, bringing to a close the once enormously successful show that has run under a series of different names since the 1960s.
While the primary show, which features acrobatic displays of strength and agility by the marine mammals in coordination with the park’s trainers, will end, it will be replaced early this summer by a new attraction demonstrating more the natural behaviors typical of orcas in the wild – hunting, communicating, and navigating.
“We want to be able to demonstrate behaviors people would see in the wild with the killer whales and their abilities as a top predator in the sea. The vast majority of behaviors people have seen in our shows will be very suitable for demonstrating that,” former trainer and vice president of zoological operations, Al Garver, told the San Diego Union-Tribune.
While the intention is to present a more naturally authentic orca experience for viewers, the animals will still receive prompts from trainers. According to Garver, “you will still see a whale leaping out of the water,” referring to one of the more renowned features of the original orca shows.
SeaWorld San Diego will become the first of the company’s three namesake parks to end its theatrical performances following declining ticket sales and increased public pressure, with the Orlando and San Antonio parks scheduled to end their shows by 2019.
Much of the negative publicity against SeaWorld and its captive breeding program stems from the 2013 documentary, Blackfish , which premiered at the Sundance Film Festival in Utah and highlighted the controversial aspects of keeping such large predators in captivity.
The film followed Tilikum, a large male orca who was regularly featured in performances at SeaWorld Orlando. Tilikum became one of the best-known members of his species, particularly following his involvement in the death of an experienced trainer during a show at the park. It was the third human death in which he was involved, in three separate incidents.
The third and final incident, the 2010 death of Dawn Brancheau – which occurred after Tilikum pulled her off a platform and held her underwater for an extended period – made national headlines. Further outrage was sparked three years later when the documentary “Blackfish” highlighted the complicated nature of capturing, housing, training, and breeding the large, intelligent marine animals.
Tilikum, the Orca featured in the documentary, was captured in the wild near Reykjavík, Iceland in 1983, and kept in captivity until his death on Friday, Dec. 30, at the Orlando SeaWorld park.
The telling of his life story led in large part to the changing social climate that has caused considerable drop-off in attendance at all three SeaWorld parks, as well as the growing pressure to put an end to the orca shows and breeding programs.
“The trainers aren’t safe, and the whales aren’t happy ,” said “Blackfish” director, Gabriela Cowperthwaite, as quoted by the Associated Press. “They’re still just doing manic circles around concrete swimming pools. ”
And SeaWorld San Diego will become the first of the three parks to do so.
While the park still has 11 orcas, ranging from two to 52 years of age, they will no longer be involved in the same capacity as they had been for several decades.
Meanwhile SeaWorld Entertainment Inc. announced in December that it was eliminating 320 jobs company-wide. They also announced that they would be developing the first ever SeaWorld park that would not involve orcas at all.
This is being hailed as a victory by the environmental and human rights activists who have been campaigning against the SeaWorld company and its practices and treatment of its orcas.
Many activists have called for SeaWorld to release all of its orcas into coastal sanctuaries. The company has said that it believes that those animals that were born or raised in captivity would probably die in the wild.
The end of the SeaWorld breeding program and the creation of an orca-free park, however, could herald the long-term phasing out of orcas in captivity. 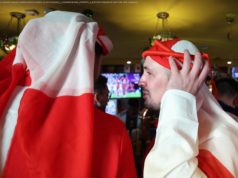 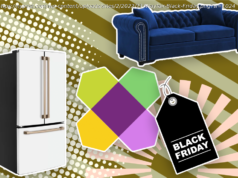 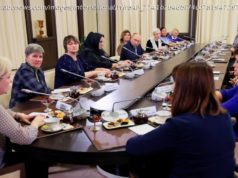