What beauty. What brutality.
What madness.
So many of Martin Scorsese’s films have explored religious themes, e.g., “Who’s That Knocking at My Door?” (1967), with its final scene in a Catholic church, to “Mean Streets” (1973) to of course “The Passion of the Christ” (1988), and even “Cape Fear” (1991), with Robert De Niro’s psychopath Max Cady covered in tattoos of Biblical passages about vengeance.
“Silence,” the movie Scorsese has been trying to get made for some 30 years, is a two-hour and 40-minute epic about faith.
Faith and how it inspires acts of miraculous, selfless sacrifice.
Faith and how it can be the main source of hope and redemption for oppressed peoples.
Faith and how it can be viewed as a threat to the very fabric of a nation.
Faith and how it can be warped to inspire acts of terrible, shocking, unspeakably cruel violence.
You’d be hard-pressed to find an actor who has done more heavy lifting, both physically and emotionally, in back-to-back films than Andrew Garfield.
In “Hacksaw Ridge,” Garfield was a conscientious objector in World War II who remained true to his faith even after enduring constant abuse in boot camp, dodging enemy fire during the battle of Okinawa and seeing his fellow soldiers killed and maimed all around him.
In “Silence,” Garfield gives the most compelling performance of his still-young career as Sebastian Rodrigues, a Portuguese Jesuit missionary in the 1630s who pleads with a senior priest (the always solid Ciaran Hinds) to send him and another young Jesuit, Francisco Garrpe (Adam Driver), to Japan in search of their mentor, Father Ferreira (Liam Neeson), who has gone missing.
There are reports Ferreira has publicly renounced his faith and has married a Japanese woman. Rodrigues and Garrpe can’t believe this is true — but that’s before the two young priests make their way to Japan and see for themselves how villagers are being rounded up, tortured and executed just for having converted to Catholicism. Just owning a tiny wooden crucifix is enough to get you killed.
With the help of the translator-guide Kichijiro (Yosuke Kubozuka), who is not to be trusted but keeps asking for forgiveness for his transgressions, Rodrigues and Garrpe hole up in a shack in a remote seaside village populated by a number of Catholics. The locals view the arrival of the two priests as nothing less than a miracle — but it also leads to an inquisition that rounds up three Catholic villagers and ties them to crosses in the water, where they will be drowned by the incoming tide.
This is one of many unforgettable sequences of suffering and sorrow, filmed with such force and clarity by Scorsese and his cinematographer Rodrigo Pieto, it’s difficult not to look away from the screen.
After Rodrigues is captured, the chief inquisitor (Issey Ogata) tells Rodrigues time and again all he has to do is publicly renounce his faith by stepping on a symbol of Christ, and Rodrigues will be free and there will be no further abuse of his fellow Catholic prisoners. As Rodrigues clings fiercely to his beliefs, he is reduced to a near-starving shadow of his physical former self, and he is forced to watch as the inquisitor and his men torture and kill Japanese citizens who have converted to Catholicism.
If Rodrigues will only apostatize, he can save himself and he can save others. Surely that path is the one his God would want him to take, but for a Jesuit priest in that time and that place and under those circumstances, it’s a monumentally, excruciatingly painful choice.
(Driver’s Francisco Garrpe disappears from the story for a long stretch as we follow Rodrigues’ journey — but when Garrpe resurfaces, it’s another shockingly powerful moment.)
When Ferreira (Liam Neeson, commanding) finally appears and we learn the truth about where he’s been all this time, it further serves Scorsese’s central theme about the conflict between adhering to one’s sacred vows and traditional beliefs and doing the right thing, the prudent thing, the moral thing, on a very pragmatic level.
It’s a conflict Scorsese has explored on various levels in films for nearly a half-century, and it has led to the creation of some unforgettable films, not the least of which is “Silence.” 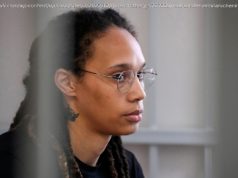 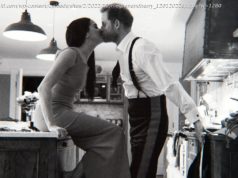 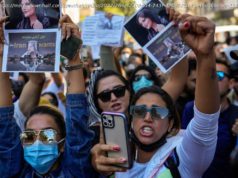