By Steve Silverman
» More Columns
Coaching in the ever-changing world of the NFL is the most complex of all the major sports.
The coach sets the agenda and the tone for the organization, and those with the strongest grip and the most consistent message have the best results year in and year out.
It’s no surprise to see coaches such as Bill Belichick , Andy Reid , Mike McCarthy and Mike Tomlin with their teams in the divisional round of the playoffs once again. All four long ago mastered the art of coaching, and while employing the correct in-game strategy has something to do with it, that’s just one factor.
In this piece, we look at these four coaches and why they have consistently been able to get their teams to play at a very high level for a long time.
If we wanted to, it would be easy to write a book on Belichick and what has separated him from all of his peers. He has proven his worth with four Super Bowl titles and two more appearances in the big game, and many believe he is the best head coach in the history of the NFL.
From this corner, Vince Lombardi is still at the top of the list, but if Belichick gets his fifth title, it would be difficult to deny him that honor.
Belichick does many things well, but his greatest asset is that he is never satisfied. It’s always about preparing for the next game and not about self-congratulations after a big win. There is nobody else like that in the game.
Belichick may assess a win, congratulate his players and tell them they did a good job, but the minute that postgame speech ends, he is on to the next game.
If the Patriots win the Super Bowl, he will take two deep breaths, have a nice dinner and start preparing for the 2017 season.
Additionally, Belichick runs the most disciplined ship in the league. He lays out the rules, his leaders enforce them, and players who slip find themselves either on the bench or out of a job. He does not raise his voice; he simply follows through.
Obviously, he has many other assets, but those two stand out.
Reid has had remarkable longevity during his 18 years on the NFL sidelines. The first 14 years of his career were with the Eagles, and he has helped turn the Chiefs into a consistent winner in the last four seasons.
Reid’s greatest strength is his ability to adapt his game plans to the strength of individual talent. Throughout the Donovan McNabb era, the Eagles’ offense was focused on the all-around ability of the multitalented quarterback.
He was at his best when he was moving around the pocket, and Reid designed most of the plays to take advantage of McNabb’s mobility. If Reid had a fault in Philadelphia, it was sticking with McNabb too long once he started to slow down.
Reid has a more limited quarterback now in Alex Smith, and he doesn’t ask him to throw deep very often. He wants a ball-control offense that features a running attack and a big-play defense. Smith is the perfect field general for this kind of offense.
Many coaches would try to do the same thing, but Reid simply is better at assessing his individual players’ strengths than others. He quickly discerns his players’ abilities, and he puts them in a position to succeed.
McCarthy is one of the most talented tacticians in the game. It certainly helps that he has the most talented passer in the game at his disposal, but McCarthy would still be successful if his quarterback was not Aaron Rodgers.
When it comes to assessing an opponent’s defensive issues, he is almost always right, and he gives his offense a boatload of options on how to take advantage of those weaknesses.
Packers coach Mike McCarthy (Photo by Andy Lyons/Getty Images)
His focus is on making sure the offensive line can give Rodgers enough time to take advantage of his strategic advances, and once that part of the game is secure, the Packers either hit opponents with countless strikes in a short period or wear them down with consistent pinpoint plays.
Tomlin, meanwhile, recently had to fend off criticism from former Steeler and current Fox analyst Terry Bradshaw, who said the Pittsburgh coach is not special.
MORE: Keidel: Big Ben, Bell And Brown Roll
Tomlin handled Bradshaw’s criticism with aplomb, saying he always was a big fan of Thomas “Hollywood” Henderson, who famously questioned the Hall of Famer’s level of intelligence, saying, “Terry Bradshaw couldn’t spell ‘cat’ if you spotted him the ‘C’ and the ‘A’.”
Steelers coach Mike Tomlin (Photo by Gregory Shamus/Getty Images)
The line has lived on in infamy, and Tomlin brought it back to prominence at the right time.
Tomlin’s strength is keeping his locker room together and getting his team to play to its best emotional level on a consistent basis. The Steelers may make mistakes and have had many painful defeats, but there is never any give-up in their game.
That may sound like a given for any professional team, but it is not. Tomlin’s ability to keep his team involved has allowed him to successfully follow Chuck Noll and Bill Cowher.
His teams do not lack for confidence, and they appear well-equipped to go into the tornado of noise that is Arrowhead Stadium and come up with the win.
If that happens and the Steelers go to New England, they will be heavy underdogs. However, Tomlin will play the “us against them” card better than any other coach in the league, and he may be able to coax a 60-minute effort out of this players against the best team and the best coach in the NFL.
Follow Steve on Twitter at @ProFootballBoy 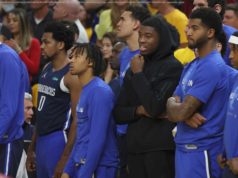 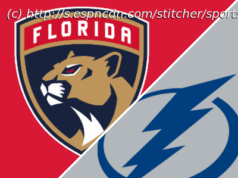 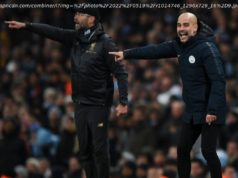