Syria’s ancient city of Palmyra, where archaeological treasures are under renewed attack by Islamic State group jihadists, was designated a UNESCO world heritage site in 1980.
IS jihadists first seized Palmyra in May 2015 and began to systematically destroy the central city’s monuments. They were driven out in March 2016 but captured the town again last December.
Before the Syrian conflict erupted in 2011, the city of 1,000 columns and a formidable necropolis of more than 500 tombs attracted over 150,000 tourists a year.
– Prosperous past –
Although the precise date of its founding is unknown, Palmyra’s name is referred to on a tablet dating from the 19th century BC as a stopping point for caravans between the Mediterranean and the east.
It was during the Roman Empire — beginning in the first century BC and lasting 400 years — that the oasis city rose to prominence.
Despite being surrounded by desert, Palmyra developed into a wealthy metropolis thanks to trade in spices, perfumes, silk and ivory from the east.
– Why is it special? –
Known to Syrians as the “Pearl of the Desert”, Palmyra boasted temples, colonnaded alleys and elaborately decorated tombs that were some of the best preserved classical monuments in the Middle East.
Situated 210 kilometres (130 miles) northeast of Damascus, its name means City of Palms. It is also known by the Arabic name Tadmor, or City of Dates.
Built on the Western model, “you could almost compare it to Rome”, according to Marielle Pic, head of Oriental antiquities at the Louvre museum in Paris.
The city’s temples were built after it was declared a free city by Roman emperor Hadrian in 129 AD, which allowed it to collect its own taxes.
“One of the characteristics of Palmyra are the tall, multi-storey tower tombs in which the sarcophagi were laid,” Pic says.
– Queen Zenobia –
In the third century, Palmyrenes beat back the Romans in the west and Persian forces in the east in a revolt led by Zenobia, who became queen after her husband died in mysterious circumstances.
By 270 AD, Zenobia had conquered all of Syria and parts of Egypt. Her forces advanced into what is now Turkey before they were defeated by the Roman emperor Aurelian near Antakya.
– IS occupies Palmyra –
IS, which considers statues of humans or animals as blasphemous, overran Palmyra on May 21, 2015.
Three months later, the jihadists beheaded Palmyra’s 82-year-old former antiquities chief Khaled al-Assaad and launched a campaign of destruction against treasured monuments.
They destroyed the ancient shrine of Baal Shamin.
In September, they attacked the 2,000-year-old Temple of Bel, a gem of classical architecture.
In October, IS blew up the Arch of Triumph, which dates from around 200 AD.
It also destroyed a dozen of Palmyra’s best preserved tower tombs and the famed Lion of Al-Lat outside the city’s museum.
The jihadists used the city’s ancient amphitheatre as a venue for public execution-style killings, and destroyed a prison where the regime of Hafez al-Assad, father of Syrian President Bashar al-Assad, killed hundreds of detainees in 1980.
– Palmyra reclaimed, lost again –
Syrian government forces, backed by Russian warplanes, recaptured the city on March 27, 2016, but IS fighters stormed back in on December 11.
In early January, IS launched a new operation of devastation, destroying Palmyra’s tetrapylon monument and the facade of the city’s Roman amphitheatre. 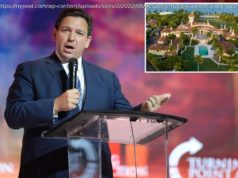 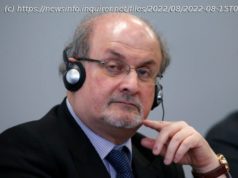 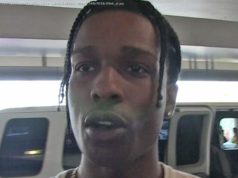