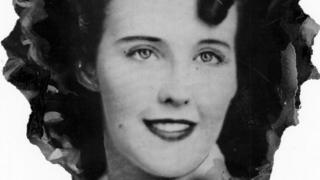 As the 70th anniversary of the Black Dahlia murder approaches the public fascination with Elizabeth Short and her grisly unsolved death hasn’t dimmed. James Bartlett takes a look at how Los Angeles remembers the famous murder.
This article contains graphic descriptions.
Few people noticed the dark-haired woman when she was dropped off at the swanky Biltmore Hotel in downtown Los Angeles, but when her torso was found nearly a week later, Elizabeth Short became a household name.
On the morning of 15 January 1947, Betty Bersinger was walking with her young daughter along a barely developed street in the planned neighbourhood of Leimert Park when she saw what she thought was two halves of a tailor’s mannequin.
It wasn’t.
Short had been cut in two, neatly at the waist, and drained of blood. She had been mutilated, her intestines removed, and her mouth slashed from ear to ear – a gruesome cut known as a Glasgow Smile. Her body had then been washed clean before being dumped in an empty field.
An ensuing media frenzy followed, thanks to the “brutal, misogynistic and ritual nature” of the killing, says Glynn Martin, former Los Angeles police sergeant and historian. More than 50 suspects were interviewed, both male and female – some of whom confessed to the crime. But the murder was never solved, only adding to the crime’s mystique.
There was also the connection to the glamour of the area.
“She lived in Hollywood, had aspirations to be an actress,” Martin says.
The murder became “a sad cliche – the ultimate warning tale”.
“A starry-eyed young girl comes to Hollywood, and things go very bad for her,” he says.
Then, of course, there was the memorable nickname, a twist on the previous year’s Veronica Lake-Alan Ladd film The Blue Dahlia, and reference to Short’s striking dark hair.
In the decades since, the Black Dahlia case has inspired university theses, art projects and the name of a death metal band, as well as references in video games and television shows. In 2006, it even got the major motion picture treatment, an adaptation of James Ellroy’s best-selling novel inspired by the case.
Ellroy himself says he doesn’t have any hope the culprit will be found.
“It’s never going to be solved because it was not meant to be solved,” he says.
Kim Cooper and her husband Richard Schave run Esotouric’s literary, crime and culture bus tours of Los Angeles, and Cooper says that many people who come on their Black Dahlia tour “have their heads full of misinformation”.
“While we debunk the many theories about possible killers, we try to focus on the story of Elizabeth Short as a person. ”
But even the tour operators can be surprised, like when an older man joined one of their true crime tours, claiming a connection to the Black Dahlia.
“He told us that he had been a paper boy at the time, and had rushed to be one of the first at the crime scene. It was the first naked woman he ever saw,” Cooper says.
“I think it affected the rest of his life. ”
Like the 19th Century killings by Jack the Ripper in London, Short’s murder continues to bring forth new theories.
Most recently, Steve Hodel, a former homicide detective, claimed his physician father George was the killer, and also responsible for other notable murders.
A cadaver dog searched Hodel’s former home in 2013 and seemingly “alerted” for human remains – though, of course, Short’s body had long been found.
During my research for Gourmet Ghosts, a series of true crime books, I found that many talkative Los Angeles bartenders claim their joint was actually the last place Short was seen alive, not the Biltmore.
Some theorised her murder was the result of a date turned violent, or that the perennially-broke Short left to hitchhike home, a common practice at the time, and got into the wrong car.
“I was regularly asked about the Black Dahlia on the reference desk,” says Christina Rice, senior librarian of the photo collection at the Los Angeles Public Library. One woman came in looking for maps from 1947 because “she was going to use her psychic abilities to solve the murder”.
The only copy of the Los Angeles Herald-Examiner’s microfiche for the second half of January was stolen years ago, Rice says, adding Short was just one of many women brutally killed in the post-war years in California.
As soon as the corpse was discovered, the Los Angeles Herald-Express and the sensationalist Los Angeles Examiner made full use of the cosy relationship that all newspapers had with the Los Angeles police department.
At the time it was common to see suicide notes and bloodstained bodies – albeit sometimes airbrushed or altered, like Short’s naked body, onto which photo editors superimposed a blanket – on the front page. Suicide photographs even added arrows showing how victims had taken their final fall.
The Examiner also added complete fabrications to the Black Dahlia story, exchanging in their reporting the suit Short had been seen wearing for a tight skirt and blouse and implying sexual misadventures.
The newspaper also deceived Short’s mother about her daughter’s death, using a ruse about “Beth” winning a beauty contest, then flying her to Los Angeles before telling her the real news – ensuring the scoop of a mother responding to the tragedy.
Officially the case remains open, and today, the Biltmore Hotel serves a Black Dahlia cocktail of vodka, Chambord black raspberry liqueur and Kahlua. 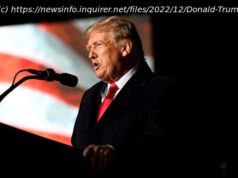 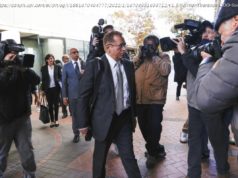 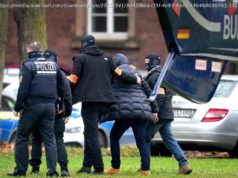