An architect by training and an artist at heart, Balashova went on to spend three decades designing the interior of the Soyuz and other Soviet spaceships, making sure the crafts were not just metal carcasses stuffed with equipment, but also living spaces.
Beginning in 1963 over just one weekend, she sketched the interior of the Soyuz craft at home after Sergei Korolyov, the father of the Soviet space programme, asked that the ship be made habitable.
Engineers had fitted out the module with two giant boxes of instruments, but Korolyov had rejected the design and decided to get outside help.
“They didn’t understand what a living space is, they don’t use spatial thinking but think in terms of instruments,” said Balashova, now in her 80s.
“Over the weekend, I thought of how to place the instruments, designing a sort of cupboard on one side and a sort of sofa on the other, where they could nap” — a ubiquitous setup in Soviet households.
After Korolyov approved her sketch, which included the landscape drawing on the wall, she also had to provide the actual watercolour painting that would go up into space.
Since Korolyov had approved the design with a landscape drawing, the engineers “always asked for one” on subsequent modules. “Nine of (the paintings) went to space,” laughed Balashova.
Despite that, Balashova says she was not allowed to put her name under her work, complaining that her bosses took the credit.
Balashova still lives in her tiny apartment in Korolyov, a town outside Moscow that is home to Russia’s space mission control and named after the space travel visionary.
Sitting in her living room, Balashova spreads out her watercolour space designs on the table, their airy pastels in odd contrast with the militaristic nature of the programme during the space race era.
“At first I wanted to create a space for microgravity that would not have a floor or ceiling,” she said.
But the futuristic vision was discarded for practical reasons.
“Humans train on Earth and they are used to the concepts of top and bottom. “
Cosmonaut Pyotr Klimuk, who travelled to space as part of the Soyuz and Salyut programmes, agreed that it was important for colours and other elements of the Soyuz interior to create a “cosy” atmosphere.
In the orbit module “certain elements were painted certain colours and special fabric was used”, he said.
“Delicate colours are better” and no matter the microgravity, the human eye “still believes there is a floor and ceiling”, like on Earth, he said.
Colours were especially important in Balashova’s work on the 1975 US-Soviet Apollo-Soyuz project, which would be seen by millions around the world and needed to fit in additional photo and video equipment.
“My bosses wanted a red sofa but red showed up as black on film,” she said.
She struggled through four versions of the craft before finding a solution “when suddenly things were human-scale and there was harmony”, she said.
The resulting orbital module had a green sofa and velcro belts with which cosmonauts attached themselves, and even a folding table where they ate and signed the documents marking the symbolic joint flight.
When visiting the module, American astronaut Vance Brand praised its “very convenient setup”.
Balashova still sits in a chair upholstered with the same green fabric she used to cover the Soyuz sofa.
That too was a product of experimentation. Initial attempts to use velcro on the furniture led to cosmonauts “losing their jersey pants” on it, she giggled.
Her flat is filled with books and watercolour portraits of family, with almost no sign that she influenced the look of generations of Soviet spaceships.
She says her engineering bosses didn’t value her work, looking down on her as an artist and a woman — one of the few working in the Soviet space industry and the only female in a creative position in Korolyov’s team.
“I was alone working with only men, and they treated me like a servant. “
After she retired, her drawings spent over a decade gathering dust under her bed.
Balashova now lives on a pension of 18,000 rubles ($297, 287 euros) a month.
“I never wanted to go to space,” she admitted. But as an architect, she found the work interesting, she said, and found her inspiration in constantly striving for harmony in her designs.
“When I got it, I felt goosebumps down my back,” she said. 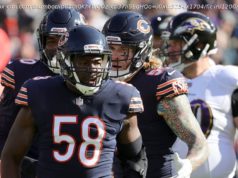 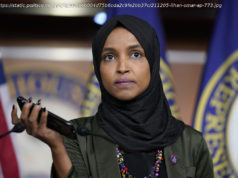 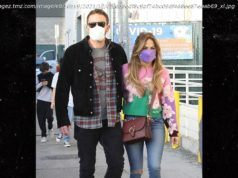