The Latest on President-elect Donald Trump (all times local):
10:55 a.m.
Singer Jackie Evancho says she hopes people will set aside politics while she’s performing the national anthem at Donald Trump’s inauguration “and just think about the pretty song. ”
Evancho says in an interview for “CBS Sunday Morning” she hopes her performance will bring people together and “make everyone forget about rivals and politics for a second. ”
The 16-year-old singer has caught some criticism for agreeing to sing at the inauguration. But she rejects the idea she is tacitly accepting Trump’s agenda or intolerance for LGBT rights.
Her sister, Juliet Evancho, was born Jacob and is transgender.
Juliet Evancho tells CBS her sister “is singing for our country and it’s an honor for her to be singing in front of so many people. ”
—
10:40 a.m.
The West Bank settlers’ council says it has been invited to send a delegation to Donald Trump’s presidential inauguration next week.
A statement Friday says the chairman of the Yesha settlers’ council, Oded Revivi, will lead the delegation. He will be joined by Benny Kasriel, mayor of Maaleh Adumim, a large settlement next to Jerusalem.
Revivi says the invitation is a “clear indication” the new administration understands his group’s importance. He says he’s looking forward to working “with our new friends in the White House. ”
On Sunday, dozens of governments, including the Obama administration, plan to voice their opposition to settlements at a Paris conference. Trump has indicated he will be more sympathetic to settlements, which are widely opposed by the international community.
—This story has been corrected to show that West Bank settlers group is not in Jerusalem.
—
7:20 a.m.
President-elect Donald Trump says Democrats shouldn’t be “complaining” about the FBI’s handling of Hillary Clinton because she is “guilty as hell” and shouldn’t have been allowed to run for president in the first place.
Trump seems to be responding to a Justice Department inquiry into the FBI’s handling of its investigation into Clinton’s private email server, and the FBI’s decision to release information about the review days before the election. Clinton aides have blamed the FBI for influencing voters.
Trump tweeted early Friday: “Based on the information they had she should never have been allowed to run – guilty as hell. They were VERY nice to her. ”
Trump adds that Clinton lost because she “campaigned in the wrong states – no enthusiasm! ”
Trump will be sworn in Friday in a ceremony Clinton plans to attend as a former first lady.
—
7:09 a.m.
President-elect Donald Trump says his team will have a “full report on hacking within 90 days. ” He’s again dismissing as fake a document alleging Russia has damaging information about him.
Trump tweeted Friday morning that the dossier includes “totally made up facts by sleazebag political operatives, both Democrats and Republicans – FAKE NEWS! ” He added: “Russia says nothing exists,” and that the allegations will never be proved.
U. S. intelligence officials briefed Trump and President Barack Obama on a dossier that includes unproven information about close coordination between Trump’s inner circle and Russians about hacking into Democratic accounts — as well as unproven claims about unusual sexual activities by Trump attributed to anonymous sources. The Associated Press has not authenticated any of the claims. 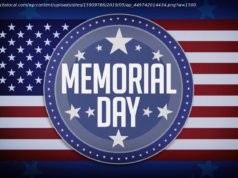 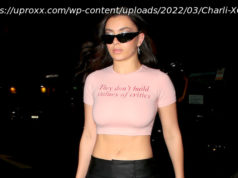 Charli XCX Cancels Concerts After She ‘Completely Lost’ Her Voice 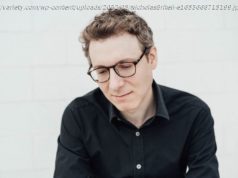