Before we even had a chance to miss him, Corey Lewandowski is returning to television as an analyst on the One America News Network, bringing his fact-starved brand of pro-Trump commentary to a new audience.
Apparently the folks at OANN were salivating at the opportunity to bring in President-elect Donald Trump’s former campaign manager, so that he can answer important questions with semi-related talking points, just like he used to do at CNN.
“We saw a chance when he quit CNN, and we just grabbed it,” OANN chief executive Robert Herring told the Daily Beast .
Lewandowski’s hiring represents a broader media trend ahead of Trump’s inauguration: An ability to convey the billionaire’s perspective, or at least relate to his tens of millions of supporters, is now a sought-after quality.
After Megyn Kelly announced her move to NBC News, Fox News replaced the journalist whom Trump considered a nemesis with Tucker Carlson, who as a weekend host had encouraged conservative viewers to rally around the polarizing Republican nominee. The Hill recently added Trump defender Kayleigh McEnany to its lineup of contributors. McEnany remains a CNN commentator.
[ At Fox News, Megyn Kelly is out, Tucker Carlson is in, and Donald Trump is on top ]
CNN also is keeping Trump evangelist Jeffrey Lord, signing him to a contract extension after Election Day.
MSNBC last week debuted a new show hosted by former Fox News star Greta Van Susteren, who could not be described as a Trump cheerleader but who is far more likely to deliver positive commentary about the incoming administration than previous occupants of the network’s 6 p.m. time slot (Al Sharpton, Ed Schultz) or the other members of its prime-time roster (Chris Matthews, Chris Hayes, Rachel Maddow and Lawrence O’Donnell).
In a similar move, the Daily Beast on Thursday hired conservative writer Matt Lewis away from the Daily Caller. Lewis is no Trump fanboy , but he will be much more sympathetic than most of the liberal Daily Beast’s other journalists.
“President Trump could morph from playing a fictional campaign character into being a very good president,” Lewis wrote after the election. “Just by observing his body language since his big win, I believe he might be a much more responsible executive than he was a candidate.”
Adding Lewis is consistent with what Daily Beast Editor-in-Chief John Avlon wrote last month about covering the Trump presidency: “We’ll need to offer a roster of reporters and columnists with credibility on both sides of the aisle, instead of predictable partisanship.”
Meanwhile, Trump-adoring Breitbart News suddenly seems to some journalists like the place to be. Breitbart this week hired the Wall Street Journal’s John Carney to lead a new section devoted to economics and finance.
“Breitbart was way ahead of the curve on politics and the rise of Trump,” Carney told Bloomberg News. “I think there’s an opportunity to do that for business, finance and economic news.”
Even more surprisingly, left-leaning writer Gregory Ferenstein announced three weeks after Election Day that he had agreed to become a Breitbart contributor.
“Breitbart is now a major player in our democracy,” Ferenstein wrote. “So, that’s where I and others are going.”
Trump supporters often complained during the election that they felt marginalized by the media. But now that the former reality TV star is about to enter the White House, some in the media appear to be taking steps to understand him and his backers. 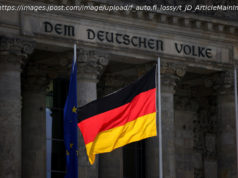 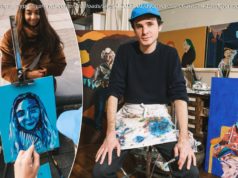 Rising NYC art star will paint you in the park for free: ‘It’s about the connection’ 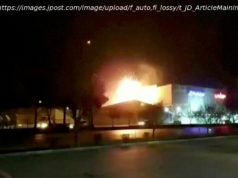 Iran drone attack: The picture is reshuffled and gloves are off – analysis