Eight billionaires from around the globe are as rich as the 3.6 billion people who make up the poorest half of the world’s population, according to a report published by Oxfam on Monday.
The report is timely as the global political and business elite gather in snow-clad Davos for the annual World Economic Forum’s annual meeting which aims to look at responsive and responsible leadership this year.
The report, “An Economy for the 99 percent”, highlights the gap between rich and poor is far greater than had been feared.
“In 2015 the world’s richest one percent retained their share of global wealth and still own more than the other 99 percent combined. This concentration of wealth at the top is holding back the fight to end global poverty,” the report found.
The eight billionaires mentioned in the report, according to the Forbes billionaires list published in March 2016, are veteran investor Warren Buffett, Microsoft’s Bill Gates, Inditex founder Amancio Ortega, Mexico’s Carlos Slim, Amazon chief executive Jeff Bezos, Facebook’s Mark Zuckerberg, Oracle’s Larry Ellison and former New York City mayor Michael Bloomberg.
The report also hits out at companies for creating an inequity crisis and says business models are increasingly focused on delivering ever-higher returns to wealthy owners and top executives.
“Companies are structured to dodge taxes, drive down workers’ wages and squeeze producers instead of fairly contributing to an economy that benefits everyone,” the report said.
The inequality crisis has risen up the global agenda recently with U. S. President Barack Obama and the International Monetary Fund among those warning on the issue. The rise of populism and general anti-establishment sentiment has also been attributed to the feeling of rising inequality and the concentration of power and wealth in the hands of few.
“Inequality and a feeling among many people of being excluded from the benefits of global growth have also been cited as driving political upheaval from Brexit to the elections of Rodrigo Duterte and Donald Trump in the Philippines and US,” the Oxfam report stated.
The report calls for a more “human economy” where markets are better managed in order to ensure no one is left out or denied basic rights. This, Oxfam recommends, can be done by improving co-operation between governments to prevent tax dodging that costs poor countries at least $100 billion a year. In addition to that, the international charity focusing on alleviation of global poverty has called on business leaders to play their part in committing to pay both living wage and their fair share of tax.
“Extreme inequality isn’t inevitable – with the right policies, world leaders can rebalance our broken economies so they work for all of us and bring the end of poverty closer,” Mark Goldring, chief executive at Oxfam GB said in an official statement. “We need a new common-sense approach that ensures a fair deal for workers and producers; requires those who can afford it to pay their fair share of tax; and ensures that women get a fair chance to realize their potential. ”
Follow CNBC International on Twitter and Facebook. 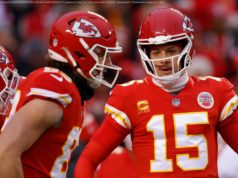 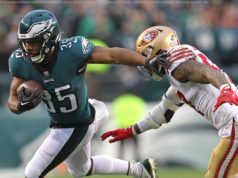 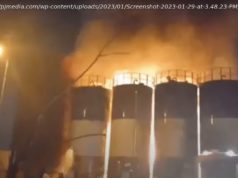