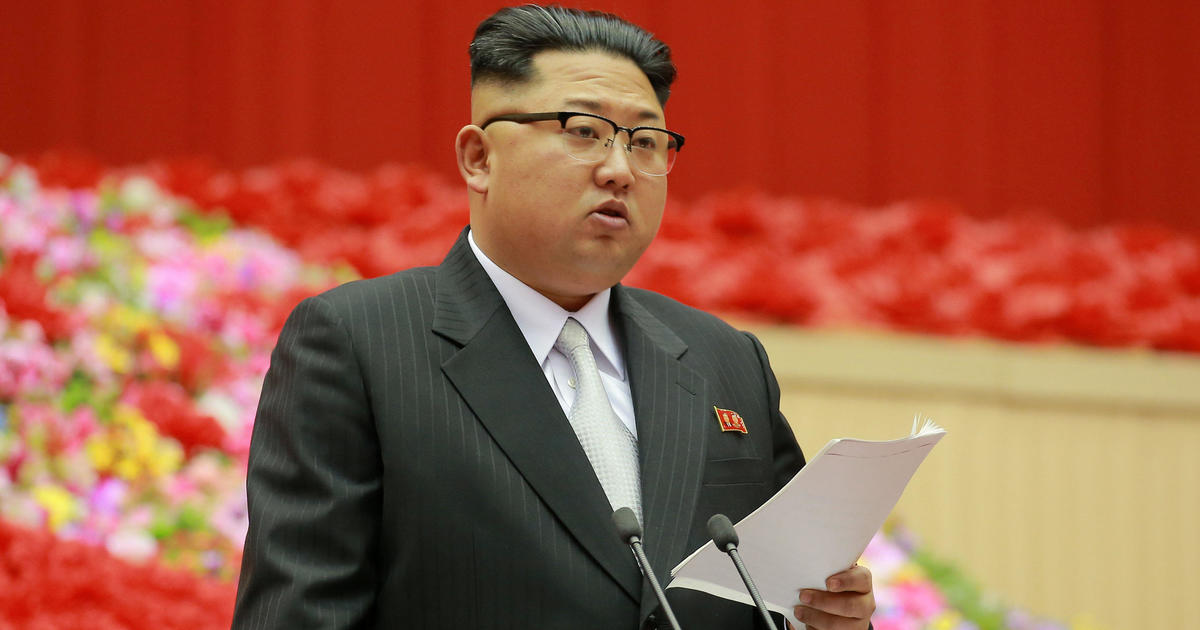 Last Updated Jan 3, 2017 6:31 AM EST
President-elect Donald Trump insists North Korea won’t develop a nuclear weapon capable of reaching the United States.
Mr. Trump addressed the issue Monday evening on Twitter.
North Korean leader Kim Jong Un said Sunday in his annual New Year’s address that preparations for launching an intercontinental ballistic missile (ICBM) have “reached the final stage.” He didn’t explicitly say a test was imminent.
Mr. Trump tweeted, “North Korea just stated that it is in the final stages of developing a nuclear weapon capable of reaching parts of the U. S. It won’t happen!”
It was unclear if Mr. Trump meant he would stop North Korea or he was simply doubting Pyongyang’s capabilities. His aides did not immediately respond to questions seeking clarification.
The president-elect then berated North Korea’s most important ally, tweeting, “China has been taking out massive amounts of money & wealth from the U. S. in totally one-sided trade, but won’t help with North Korea. Nice!”
A state-run Chinese tabloid says Mr. Trump is “pandering to ‘irresponsible’ attitudes” by accusing Beijing of not stepping in to curtail the North Korean nuclear program.
The Global Times newspaper says that program “stokes the anxieties of some Americans” who blame China rather than looking inward.
The Communist Party-controlled newspaper published its report a few hours after Mr. Trump’s tweet about China.
China is North Korea’s principal ally and economic lifeline. While Beijing has publicly reprimanded Pyongyang after nuclear tests, critics say China hasn’t done enough to tighten economic pressure on North Korea.
Since winning the November election, Mr. Trump has repeatedly criticized China. He also spoke to the president of Taiwan , the self-governing island China considers part of its territory.
South Korea’s foreign ministry said Mr. Trump’s comment could be interpreted as a “clear warning” to the North, shows he’s aware of the urgency of the threat posed by Pyongyang’s nuclear program and won’t retreat from a policy of sanctions against North Korea, the Reuters news agency reports.
The Trump tweet was his first mention of the North Korean nuclear issue since the U. S. election in November, Reuters points out.
Views vary, sometimes wildly, on the exact state of the North’s closely guarded nuclear and missile programs, but after five atomic test explosions and a rising number of ballistic missile test launches, some experts believe North Korea can arm short- and mid-range missiles with atomic warheads.
That would enable Pyongyang to threaten U. S. forces stationed in Asia and add teeth to its threat last year to use nuclear weapons to “sweep Guam, the base of provocations, from the surface of the earth.”
Guam is a strategically important U. S. territory in the Pacific. Some experts see the U. S. mainland as potentially within reach in as little as five years if North Korea’s nuclear progress isn’t stopped.
North Korea — poor, suspicious of outsiders and governed by a third-generation dictator — is used to being underestimated and mocked. Few believed it could build a nuclear program that would keep U. S. presidents since the early 1990s up at night.
But armed to the teeth, acutely bellicose and not afraid to push tensions on the Korean Peninsula to the brink, Pyongyang could be among Mr. Trump’s top foreign policy challenges, experts say.